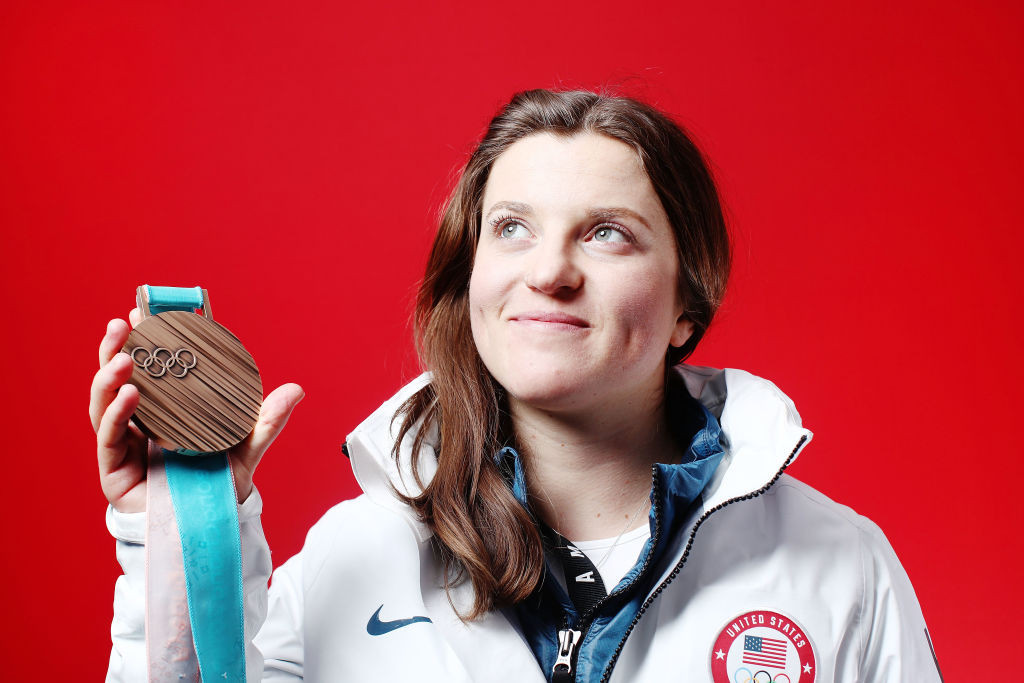 Snowboarder Arielle Gold, who won halfpipe bronze at the Pyeongchang 2018 Winter Olympics, has announced her retirement after nine years on the United States team.

Gold, 25, reached the Olympic podium despite having dislocated her shoulder - a recurring injury - shortly before her competition.

Four years earlier the same injury had prevented her taking part in the Sochi 2014 Winter Games when she was, at 17, the youngest member of the US halfpipe team.

Gold won the world junior halfpipe title in 2012, aged 15, and the following year she became the second-youngest snowboarder to win a senior world title when she triumphed again in the halfpipe.

She has also won five medals at the X Games.

Reflecting upon her achievement in Pyeongchang, where the recurring injury meant she was not regarded as a medal contender, Gold told the US Ski and Snowboard: "I went into my second Olympic Games perceived as an underdog.

"Few people anticipated that I would even make the Olympic team, but I think their doubts only fed into my motivation and allowed me to focus on having fun riding without any external pressure.

"Having dislocated my shoulder in the days leading up to the event, the support of the US Snowboard Team’s incredible staff was monumental in helping me to persevere through the injury and earn an Olympic bronze medal."

Gold, whose brother Taylor is also on the US Olympic snowboard team, took bronze behind winner Chloe Kim, her team mate, and silver medallist Liu Jiayu of China.

Rick Bower, the former head coach of the American snowboard halfpipe team, commented: "Arielle will be greatly missed in the snowboard community.

"She is an incredibly talented rider with a fiercely determined work ethic.

"These qualities helped her earn a bronze medal at the 2018 Olympics.

"I know the lessons she learned from competitive snowboarding will enable her to be successful in whatever she chooses to do in life."

Gold’s new pursuit is a degree in veterinary medicine.

"I have known that I’ve wanted to become a veterinarian long before I started snowboarding, but I wanted to completely dedicate myself to my snowboarding career first," she said.

"I’m more comfortable with the decision now because I’m excited to move on to another career that I have always been passionate about."

Gold has been working full-time at a local veterinary emergency room and is in the process of applying to veterinary school for 2022.

Throughout her snowboarding travels, Gold says she has seen the discrepancies that exist in access to veterinary care in underprivileged communities.

Her goal is to use her education to provide care to animals who might not otherwise receive it due to financial constraints.