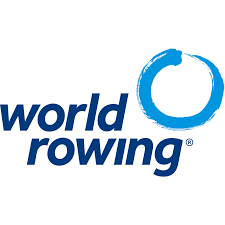 The 43-year-old, who has taken some years away from the sport since finishing sixth in the A final at her home Paralympics in Rio, recovered from the psychological setback of having her victory in the qualifying heat annulled because her boat was underweight, establishing an early lead and never losing it.

As there were only four entries to this class the opening heat was effectively a warm-up for all concerned, and Sabino - who has won world gold and bronze but narrowly missed a Paralympic medal after finishing sixth at Beijing in 2008 and fourth at London in 2012 - was heading for victory by the 500 metres point.

"I am so happy," she told World Rowing.

"I worked so hard for this race and I am happy to represent Brazil for the fourth time at the Paralympics."

Brazil also claimed one of the two qualifying places in the PR mixed coxed four after finishing behind Canada.

The remaining PR1 men’s single sculls place for Tokyo went to Germany’s Marcus Klemp, whose gamble on taking an early lead paid off, with home sculler Massimo Spolon getting closest to him.

In the PR2 mixed double sculls the two Tokyo places on offer went to Chiara Nardo and Gianfilippo Mirabile of Italy and the crew that followed them home, from Australia, represented by the new pairing of Paralympic silver medallist Kathryn Ross and Simon Albury.

“It’s a mix of emotions right now, this is a new combination, so ecstatic to have the chance to go to Tokyo and see what we can do," said Ross.