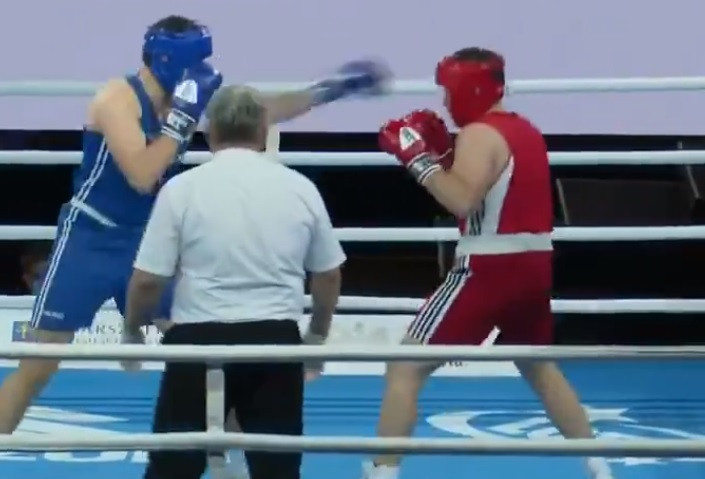 Russia, Uzbekistan, Cuba, Kazakhstan and Ukraine are the most powerful nations in the men’s competition at the International Boxing Association (AIBA) Youth World Boxing Championships in the Polish city of Kielce, and all have strong gold medal expectations.

But there could be some less traditional challengers in operation at this event given that Bulgaria has arrived with its strongest team on record, Japan has three top challengers and there is huge talent available to Brazil and India.

At the halfway point of the six days of preliminary bouts, boxers from all but the 75 kilograms middleweight and 81kg light heavyweight categories have been in action.

Kazakhstan’s powerful squad has medal chances across the weight categories, with Sanzhar Tashkenbay carrying their hopes in the 49kg light flyweight class.

But Cuba’s Yislan Barrera is a strong medal prospect in his first international event, as are Japan’s Kazuma Aratake and Uzbekistan’s Ibrokhim Ishjonov.

At 52kg, Bulgaria’s Yasin Radev has remained unbeaten in the youth events, and has won the European youth title twice.

But he will be strongly challenged by Japan’s 17-year-old Asian junior champion Daiya Kira, who reached the quarter-finals in style today and is seeking to continue his nation’s strong tradition in the flyweight (52kg) division which was won by Hayato Tsutsumi at the 2016 AIBA Youth World Boxing Championships.

Russia’s Aleksey Shendrik won the 2020 European youth title at 56kg using his long-distance tactics well and is a favourite. But challengers include Cuba’s Saidel Horta, who has six years of experience at international events, and Belarusian boxer, Kiryl Levankou who claimed bronze medals at the 2019 European Youth Championships.

At 69kg, Ukraine’s Yuriy Zakhareiev is a two-time European youth champion who has dominated all of his contests at international events.

The Ukrainian boxer is the main gold medal contender of the most crowded weight category in Kielce - with 36 entrants - and Cuba’s Dany Lafos could be his main opponent.

Bulgaria’s William Cholov, European junior champion at 75kg in 2018 and 2019, has returned to top form after illness.

The Bulgarian has recently defeated Russia’s Mikhail Usov who has had nearly 300 bouts in his career and will be eager for a rematch.

Russia’s Ramazan Dadaev has been competing at international events since 2016 and following his loss in the last European youth final, he decided to move up to the 91kg heavyweight class, where he will be a favourite.

Ukraine’s Mykyta Gorbatenko is European youth champion and he could be a powerful rival for Dadaev as could Uzbekistan’s Amirshokh Samadov and Kazakhstan’s Madi Amirov.