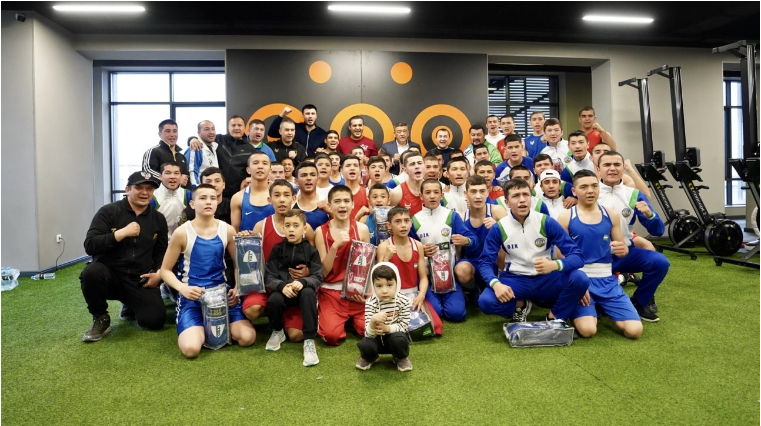 He is the first AIBA President to take part in a practice session in the country, which topped the medal table at the Rio 2016 Olympics with three golds, two silvers and two bronze.

Kremlev said he participated to communicate directly with athletes and understand their needs.

He addressed the young athletes by telling them AIBA's goals and intentions to support young boxers around the world.

"My task is to be closer to our athletes and coaches," said Kremlev.

"We stand for true and beautiful fights and for professional judging and we, as functionaries, should create all necessary conditions for you.

"Here in Uzbekistan, you have rich history and experience of our sport, your country is an example for others not only at the continent but also worldwide.

"Let's continue this great tradition together and develop boxing in the best possible way.

"We all are a united family - if you are a champion you belong to the nation, the whole world is watching you.

"This is a high responsibility and hard work.

"Give as much effort as you can and we will support you from our side."

After the session, Kremlev presented boxing equipment to the athletes and coaches, wishing them well in future bouts.

Earlier this month, AIBA confirmed Tashkent as the hosts of the 2023 Men's World Boxing Championships.

However, the governing body was stripped of its Olympic status by the International Olympic Committee in June 2019 over issues including governance, finances, anti-doping, refereeing and judging.