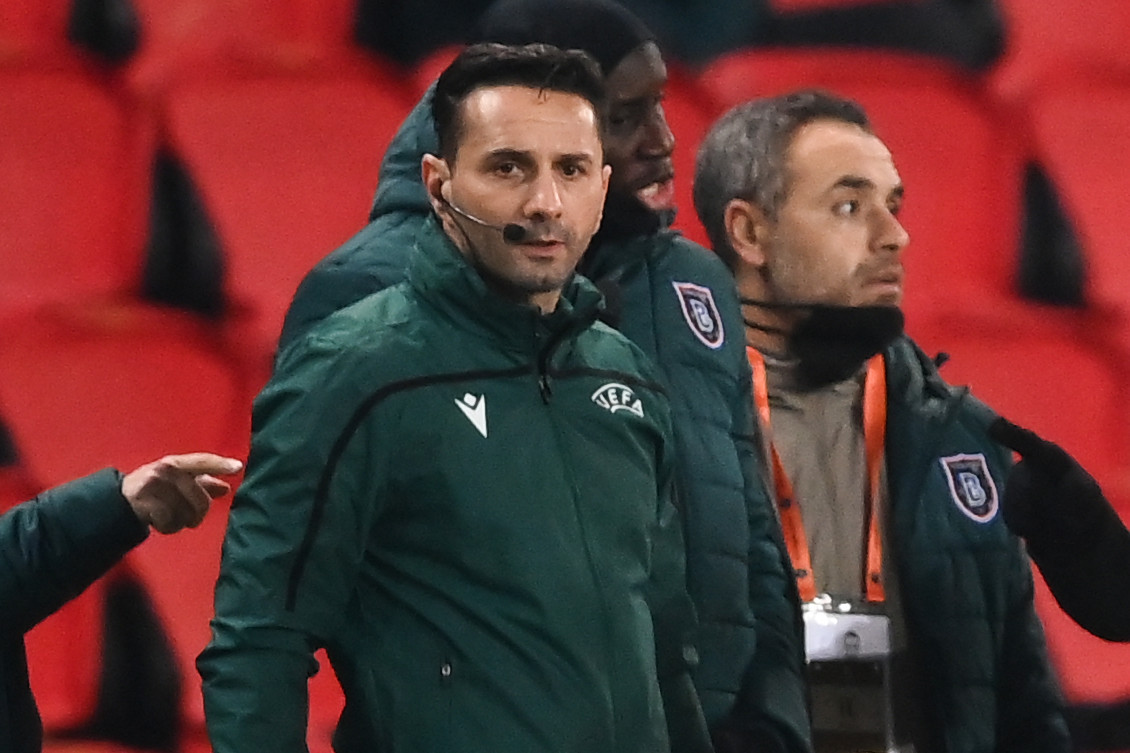 UEFA has opened disciplinary proceedings against two of the officials overseeing the Champions League match between Paris Saint-Germain and Istanbul Başakşehir, which was abandoned after an official was alleged to have made a racist comment - but the article the officials have been charged under does not cover racism.

This relates to "general principles of conduct" including action that is "insulting or otherwise violates the basic rules of decent conduct".

Article 14 of the UEFA Disciplinary Regulations concerns racism and other discriminatory conduct.

Players from both teams left the field of play and refused to return after fourth official Coltescu used language to describe Başakşehir assistant manager Pierre Webó which they felt was racist.

The Romanian officiating team suggested use of the Romanian language led to a misunderstanding, but this explanation did not satisfy either team.

Television microphones picked up Coltescu saying "negru," the Romanian word for black, has been used.

Başakşehir striker Demba Ba was among the concerned players and told the officials: "Why, when you mention a black guy, do you have to say 'this black guy'?".

✊?✊? NO TO RACISM | #Respect pic.twitter.com/Ic1BzfANoi

The Champions League match was completed the next day with a new team of officials from The Netherlands, and PSG won 5-1.

Before the second kick-off, the players knelt around the centre circle in a demonstration of support for the anti-racism movement, with several raising their fists.

They had also warmed up in t-shirts emblazoned with the message "No to racism", and fresh anti-racism banners had been put up inside Paris' Parc des Princes.

UEFA officials must be able to speak English, the language which referees generally speak to players in.