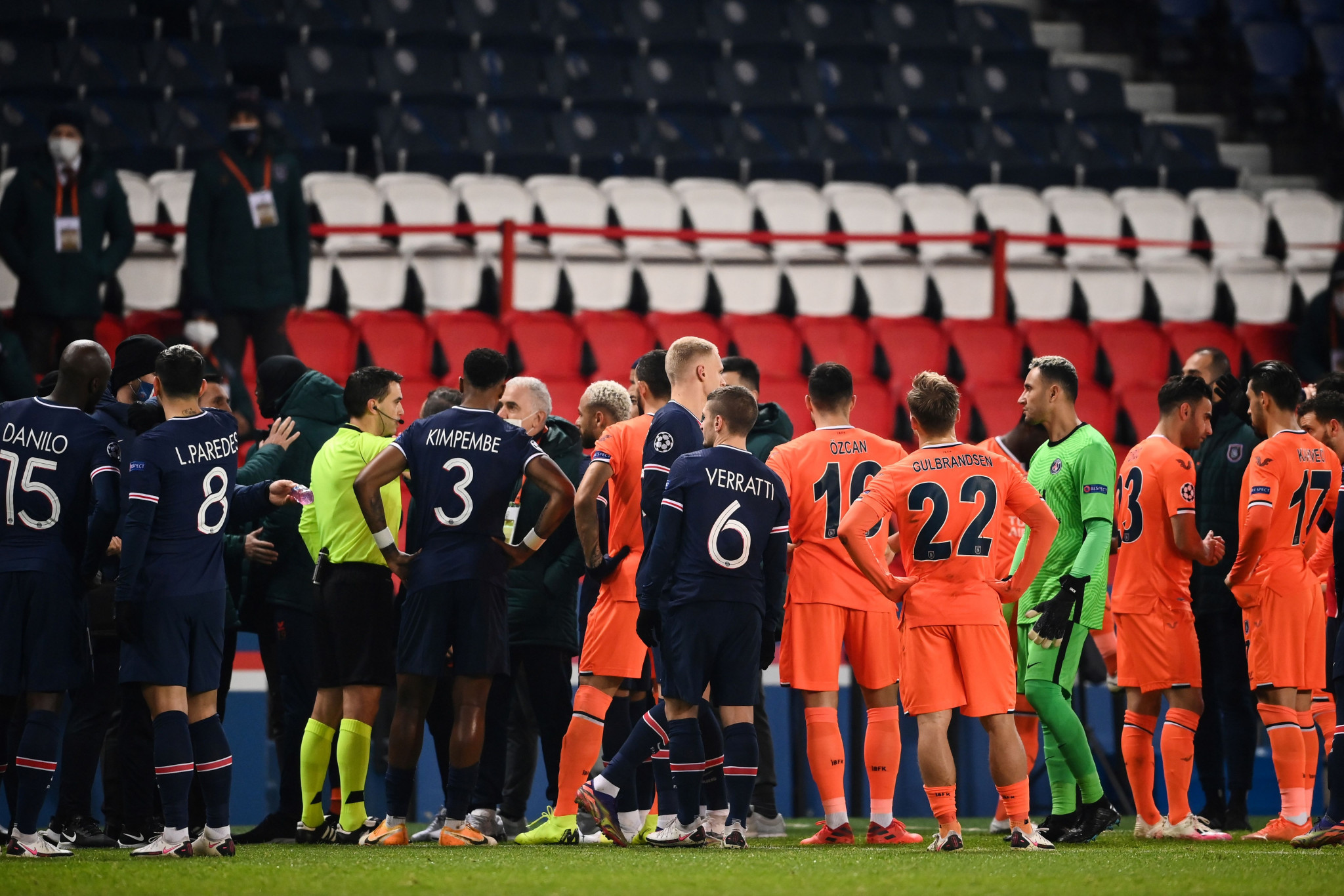 The UEFA Champions League match between Paris Saint-Germain and Istanbul Başakşehir has been completed today, after players from both teams walked off the field yesterday in response to an alleged racist comment made by one of the officials.

Yesterday, when the referee came over to dismiss Başakşehir assistant manager Pierre Webó, fourth official Sebastian Coltescu used language to describe the former Cameroon international which players from both sides objected to.

Following a heated exchange on the touchline, and with the match only 13 minutes old, the Başakşehir players left the field and were joined by PSG.

"You never say 'this white guy' - you say 'this guy'," Başakşehir substitute Demba Ba was heard telling one of the officials.

"Why, when you mention a black guy, do you have to say 'this black guy'?".

The Romanian officiating team suggested use of the Romanian language has led to a misunderstanding, but this apparent explanation did not satisfy either team.

✊?✊? NO TO RACISM | #Respect pic.twitter.com/Ic1BzfANoi

The match was suspended and ultimately rescheduled for tonight, when it resumed in the 14th minute with a new set of officials and Webó's red card overturned.

"A thorough investigation on the incident that took place will be opened immediately," UEFA promised.

Before kick-off today, the players knelt around the centre circle in a demonstration of support for the anti-racism movement, with several of them raising their fists.

They had also warmed up in t-shirts emblazoned with the message "No to racism", and fresh anti-racism banners had been put up inside Paris' Parc des Princes.

Players from both teams had posted anti-racism messages on social media following the game's suspension, and Istanbul Başakşehir's Twitter accounted pointedly shared an image from a UEFA campaign, displaying the messages "No to racism" and "#Respect" when the contest was first suspended.

Both sets of players have earned widespread praise for taking a stand and walking off the pitch.

Football's governing bodies have frequently faced criticism for a perceived lack of severity in the sanctions applied to clubs and national associations following instances of racism within football.

For example, the €20,000 (£18,000/$24,000) fine given to the Football Association of Montenegro after fans racially abused England players in 2019 and let off pyrotechnics - which came with a one-game ban on spectators - is half of the amount FC Porto have reportedly been fined for delaying kick-off in their Champions League match versus Manchester City last week.

That the alleged racism in this case came from a UEFA official is particularly embarrassing for European football's governing body.