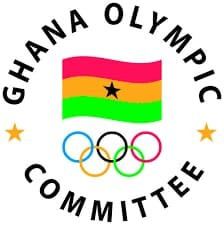 The Ghana Olympic Committee (GOC) has announced it has "tentatively" scheduled its Presidential election for March 15.

GOC President Ben Nunoo Mensah, who is standing for re-election at the meeting, said it was up to the Government to confirm the date amid restrictions on gatherings imposed because of the coronavirus pandemic.

The event could be held virtually, with Mensah claiming a "free, fair and transparent election in a COVID-19 free atmosphere and the health and safety of delegates" was his "major concern".

The GOC is set to hold a separate Extraordinary Congress on February 19 after a roadmap towards the election was approved by the Executive Board.

Mensah's four-year term as GOC President expires in March, but he had hoped to retain the position until at least August after pushing for the election to take place after the postponed Tokyo 2020 Olympic Games.

The GOC said it would stage the meeting in March after a motion from the incumbent to delay the vote was rejected.

Mensah had warned having a Congress earlier in the year could disrupt the country's preparations for Tokyo 2020, pushed back to 2021 because of the coronavirus pandemic.

But other GOC members rallied against his proposal to delay the vote, highlighting how other National Olympic Committees (NOCs) have held their elections despite the challenges posed by the COVID-19 crisis.

According to the GOC, National Federations for boxing, karate, and weightlifting, which Mensah also leads, have all declared their backing for his re-election.

The GOC has come under fire from some critics for pushing his campaign for another term at the helm on social media.

No other candidates have come forward to challenge Mensah for his position.