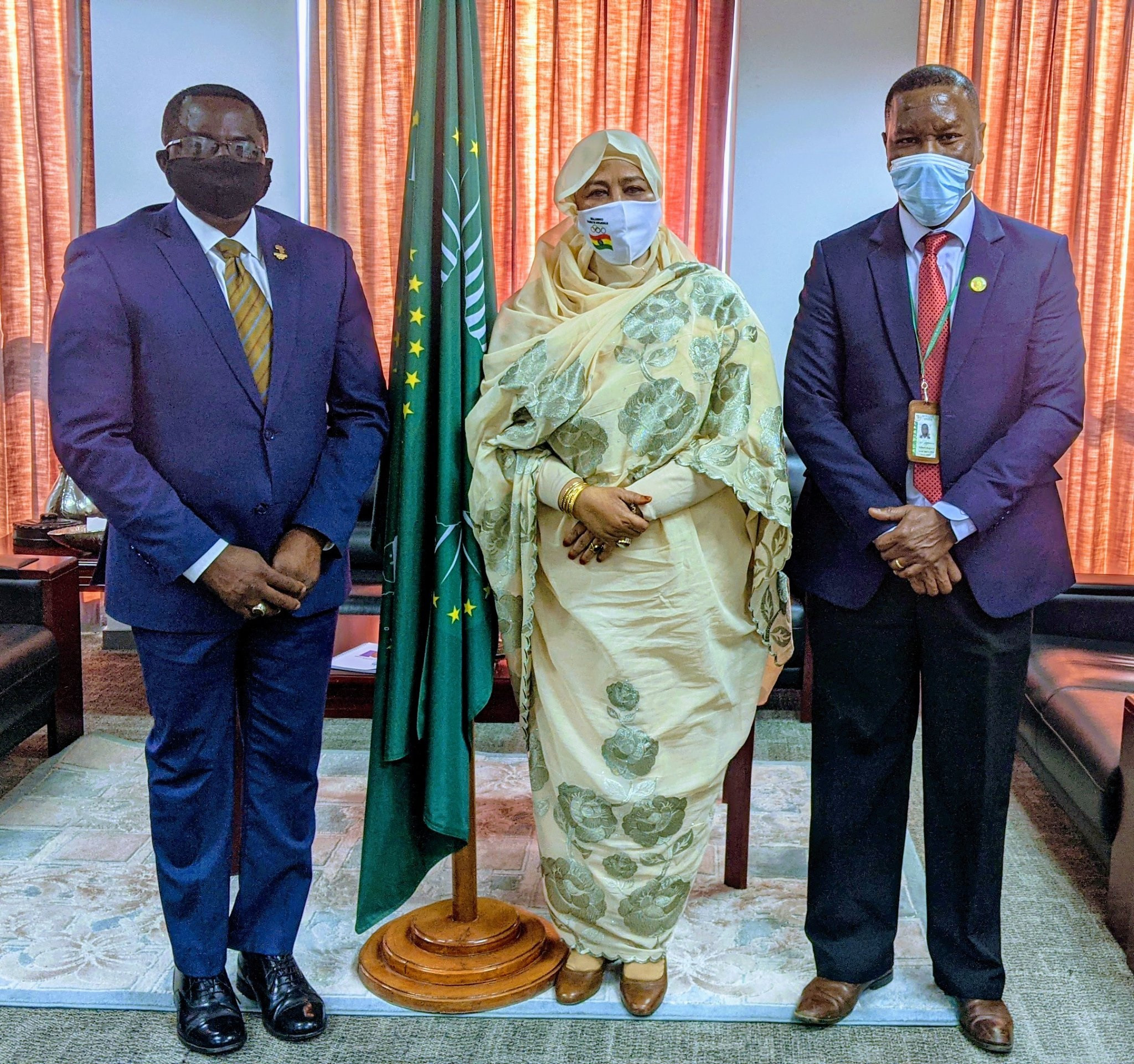 During the meeting, El Fadil received an update on plans for the African Games and how to "enhance" the collaboration with ANOCA and AU.

El Fadil, a former Minister of Social Welfare and Social Insurance for the Sudanese Government and a member of the World Anti-Doping Agency Executive Committee, also spoke at the ANOCA EGA.

"Sport brings people together and is creating opportunities for empowerment and development of individuals and societies," wrote El Fadil in a tweet after the EGA.

"It's therefore the solemn duty for all of us to ensure that we use sport as a tool for inclusive participation and continued support, especially for those who are marginalised in society."

Ghana is preparing to stage the African Games for the first time after securing the hosting rights in October 2018.

Today I hv received the President of the @GhanaOlympic Committee, Mr Ben Bunion Mensah, at the margin of the Extraordinary General Assembly of #ANOCA. We had discussion on the preparation of the 2023 African Games & how to enhance collaboration with @ACNOA_ANOCA & @_AfricanUnion pic.twitter.com/WwFIAD66M6

"The facilities to be constructed include a 50,000 capacity Olympic Stadium complex, multi-purpose sports halls for all indoor sports, aquatic centres for swimming and tennis courts," said Ghana’s President Nana Akufo-Addo.

The announcement of the new facilities in November coincided with the Organising Committee being officially sworn in by Akufo-Addo at a ceremony.

Speaking to News Ghana, Mensah expressed his desire to stage the event in "grand style" and encouraged "corporate Ghana" to consider the Games as a big event.

The previous edition took place last year in Rabat, the first hosted by Morocco following the country's readmission to the African Union in January 2017.

It attracted entries from 4,386 athletes representing 53 countries, who took part in 340 medal events across 26 sports.

More than 5,000 athletes from over 50 countries are expected to compete at the Games in Ghana in three years’ time.

Final dates have still to be announced for the event, which is expected to be held in Accra, Kumasi, and Cape Coast.