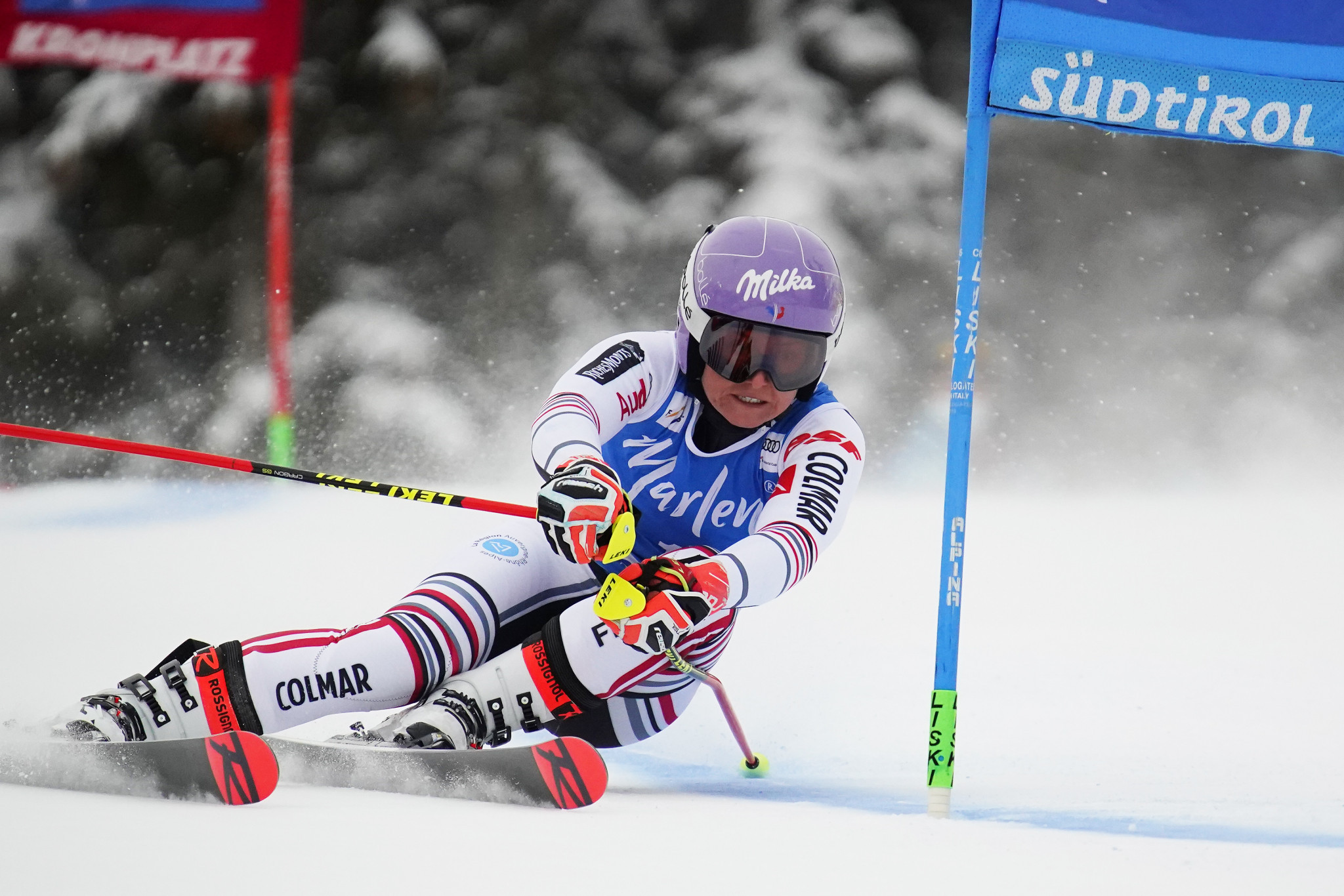 It was Worley's 14th World Cup victory of her career, all of which have come in the giant slalom discipline.

Worley clocked a combined time of 2min 11.38sec to edge out Switzerland's Lara Gut-Behrami by 0.27sec to claim top spot on the podium.

Mikaela Shiffrin of the United States finished 0.35 behind Bassino in fourth.

The veterans are back on the attack! @TessaWorley returns to victory after Soelden 2018 followed by Lara Gut-Behrami and @BassinoMarta
Well done! #fisalpine pic.twitter.com/Vua9Xn8cPO

The win for Worley saw her move up to second in the race for the giant slalom crystal globe behind Bassino, who holds more than a race win lead over the French skier.

Bassino leads the way on 460 points, 124 clear of Worley in second.

The next leg of the women's Alpine Ski World Cup season is set to take place in Garmisch-Partenkirchen in Germany on Saturday (January 30) and Sunday (January 31), where downhill and super-G events are on the schedule.