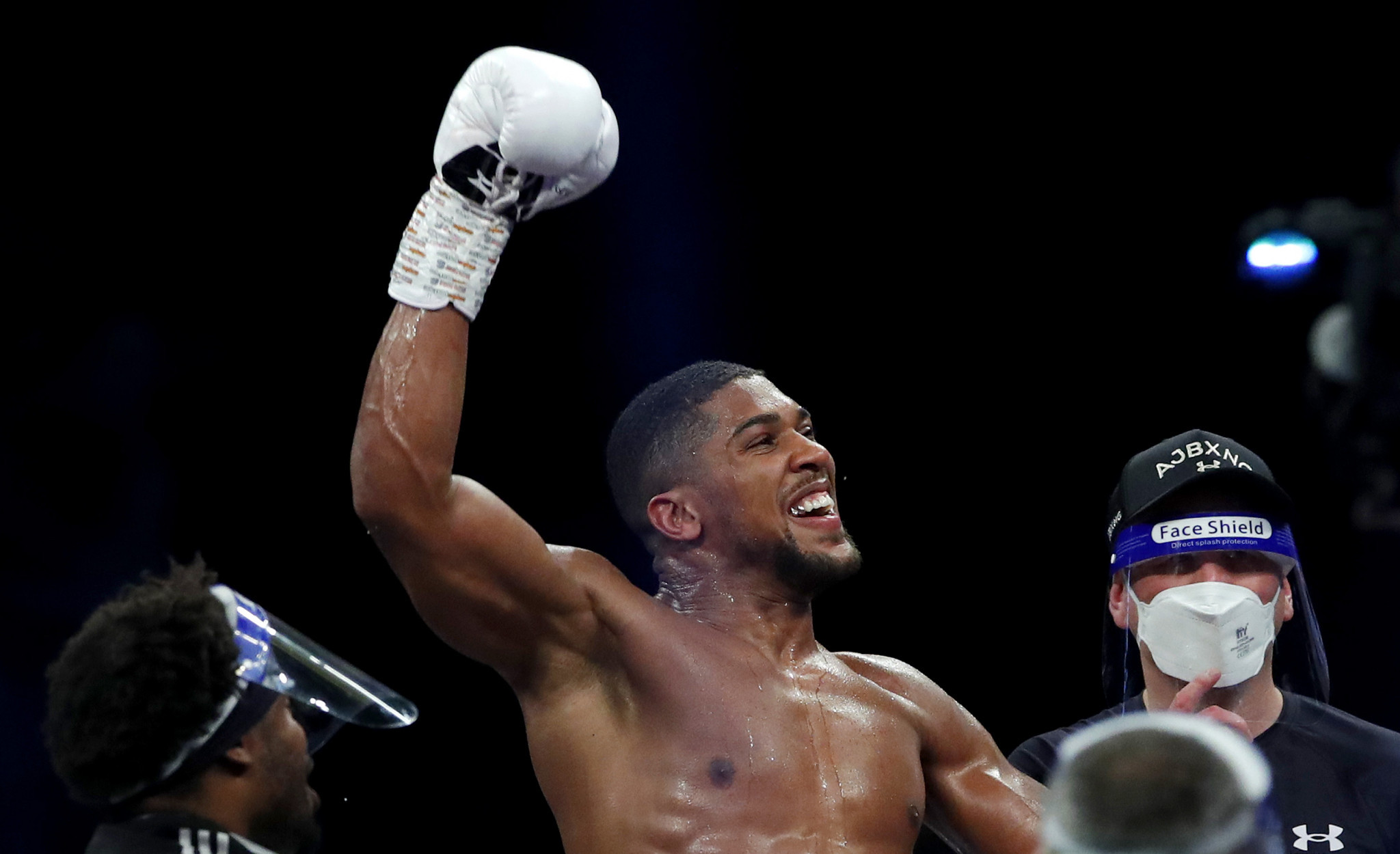 Joshua has offered to support England Boxing, Welsh Boxing and Boxing Scotland after many amateur clubs across Britain were severely affected financially by the global health crisis.

The money is set to be distributed to the clubs in most need of support by the national federations, with an agreement in place that all funding is ring-fenced for the clubs only, as reported by Sky Sports.

"We are delighted to receive and we thank Anthony for this much needed ﬁnancial support and for drawing attention to the role and support the clubs offer in their local communities and with it the need for greater Government support to grass root boxing clubs," said England Boxing chair Gethin Jenkins.

"This is all the more so, given that 40 per cent of our clubs operate in the highest 20 per cent of marginalised areas in the country.

"We will announce how clubs can access this funding in the coming days and we know it will be gratefully received by the membership so thanks once again for this vital support."

During his amateur career, he clinched an Olympic gold medal at London 2012.

"Boxing helped shaped me, both physically and mentally," Joshua said.

"It is no secret that without boxing and the family created around my amateur gym, my life could have been very different.

"The sport has given me a lot and I want to help highlight the issues affecting grass roots clubs and do what I can to keep the lights on for those most in need.

"I would like to thank the Federations of England, Wales and Scotland for their support in helping facilitate how the financial aid reaches the most effected clubs in their regions and also agreeing to make sure the money goes directly to clubs.

"I am not using this as an opportunity to criticise Government for its lack of funding towards boxing, these are unprecedented times, however I would like to use my platform to respectfully ask them to rethink their stance.

"Without support we will lose community hubs and potentially the stars of tomorrow."

Britain has enjoyed relative success in boxing at the Olympics of late, with Nicola Adams clinching gold in the women's flyweight at Rio 2016.

Joe Joyce took silver in the super heavyweight and Joshua Buatsi claimed bronze in the light heavyweight at the same Games.