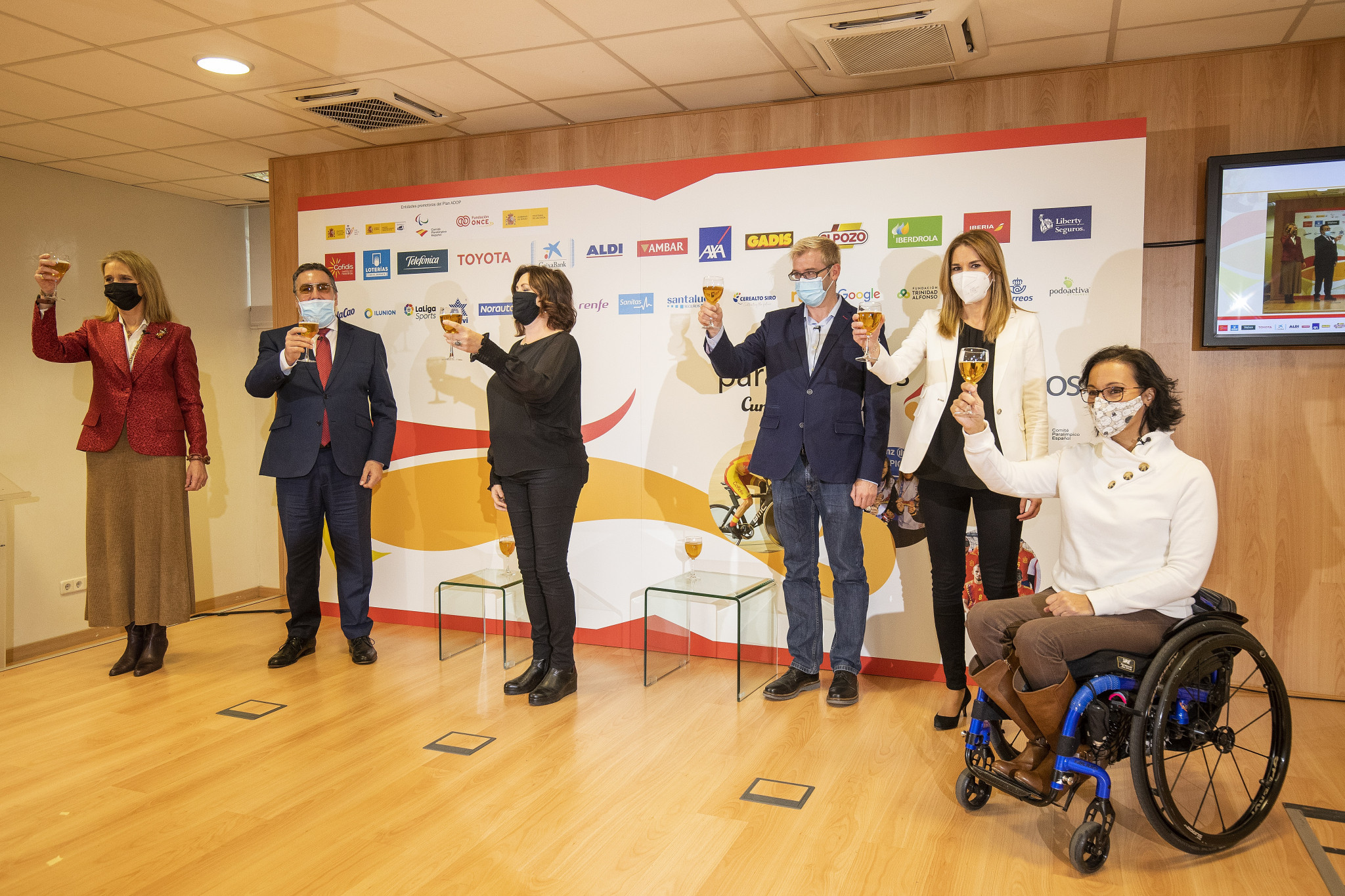 The CPE was launched in 1995 with José María Arroyo named as its first President before Miguel Carballeda took over the reins in 2004.

Until the 1992 Paralympic Games in Barcelona, Spanish athletes had been represented only by their respective sports federations.

But they soon realised the only way to defend their interests as a group was to create the CPE in close collaboration with the Higher Sports Council and the Spanish Sports Federations for People with Disabilities.

Parsons congratulated the CPE for "25 years of many conquests, many medals and a lot of work."

Since its formation, Parsons said the organisation has become "an unstoppable force not only for the inclusion of people with disabilities through sport in Spain" but for the development of the Paralympic Movement.

He also wished CPE another "25 years of success" and hoped "we will be together in Tokyo next year."

Alejandro Blanco, President of the Spanish Olympic Committee, added: "When a work, an idea, a project turns 25 and continues to rise in its incidence in society, it is that this project had principles but, above all, values.

Parsons and Blanco joined the commemoration which took place in the Higher Sports Council of Madrid.

Infanta Doña Elena, Honorary President of the CPE, said she felt proud to be accompanied by the Spanish Paralympic teams from Atlanta 1996 through to Rio 2016.

"The athletes know that they have all my admiration, simply because they deserve it, for their work and for their commitment," she said.

CPE President Carballeda gave a positive assessment of the past 25 years and highlighted the role of the Higher Sports Council.

He also hailed the pioneers of Paralympic sport in Spain and urged Para-athletes to "continue breaking prejudices" because sport can help people with disabilities to have "a goal, a new goal, a dream to fulfil."

Badminton star Carolina Marín, a gold medallist at Rio 2016, and para-tennis player Daniel Caverzaschi were among those to send their congratulations to the CPE for reaching the milestone.

During the commemorative event, Teresa Perales, a swimmer with 26 medals in Paralympic Games, César Carlavilla, a four-time Paralympic medallist and director of sports at the CPE between 2005 and 2018, and Almudena Rivera, a journalist for the Spanish newspaper Marca specialising in Paralympic sports reflected on the past quarter of a century.