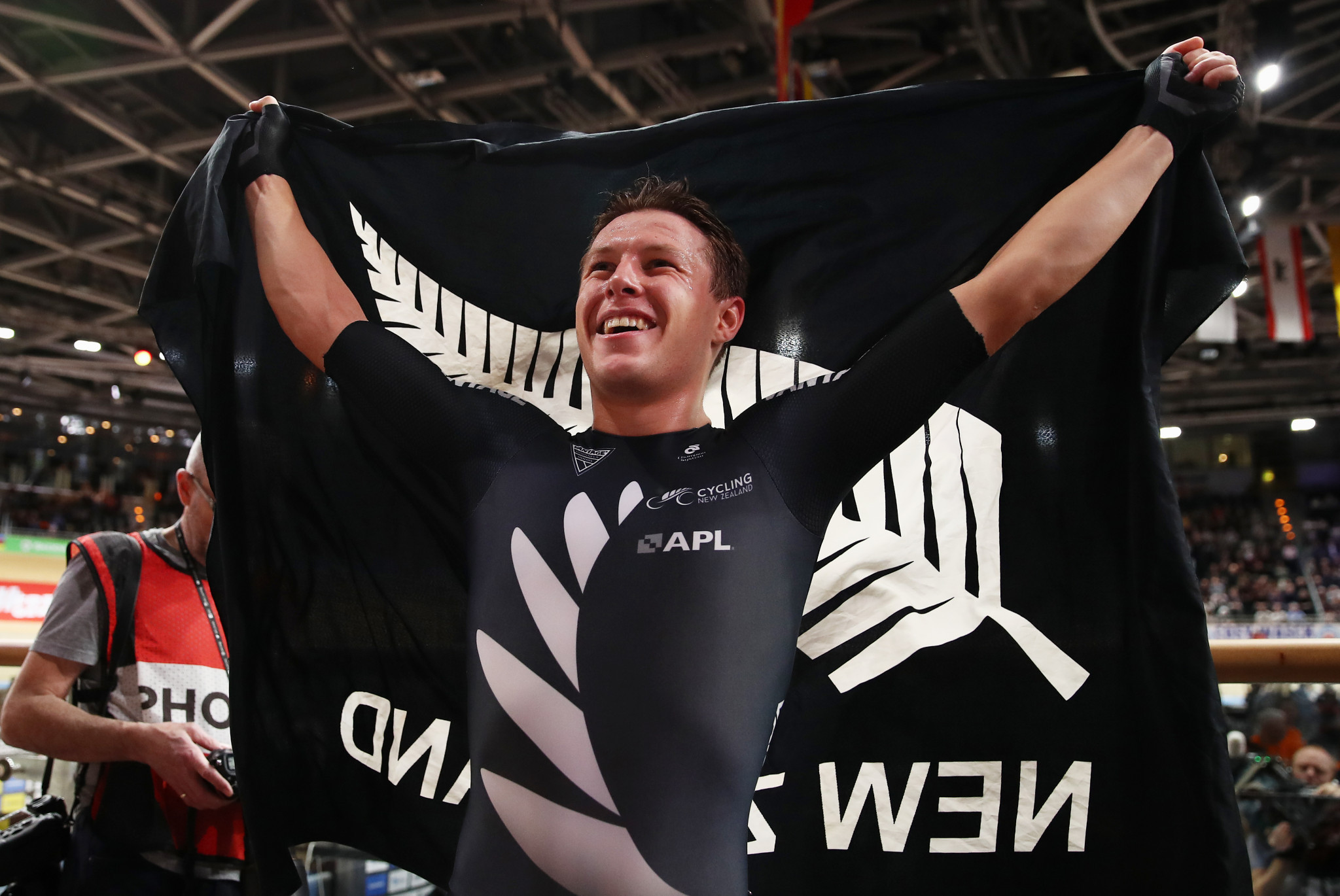 A mixture of youth and experience makes up New Zealand's 15-strong track cycling team for the Tokyo 2020 Olympic Games.

Six riders return from the team that competed at Rio 2016, including medallists Sam Webster and Ethan Mitchell, with the other nine poised to make their Olympic debuts.

Mitchell is set to make his third appearance at the Games along with Aaron Gate, Rushlee Buchanan and Jaime Nielsen.

The Olympics was scheduled to be held this year only to be moved to 2021 due to the coronavirus pandemic.

But Buchanan believes the extra year of preparation has played to the endurance team's advantage.

"This year has obviously presented many challenges for everyone, but I can confidently say that the women's team is stronger mentally and physically because of it," said Buchanan.

"I'm actually more excited now with an extra year because of the support we were given.

"Cycling New Zealand helped us get through the lockdowns and while the postponement of the Olympics was a big change, it was realistic with COVID-19.

"I was able to train at full capacity and so another year was a benefit for me and the team and we have definitely used that extra time wisely."

Martin Barras, high-performance director for Cycling New Zealand, also praised his team for making the most of the delay of the Olympics.

"The endurance squads have come off an outstanding 2019 season and through to early 2020 with some young talent combining with our established riders," said Barras.

"Both squads produced world class performances and have used the opportunity with the postponement to 2021 to focus on an extensive strength and conditioning training block.

"The sprint group are in a rebuilding phase and this year has allowed us to bring on some young talent to merge with our proven performers.

"While the world is in some turmoil, our riders have been single-mindedly focussed on making the most of every session for their sights firmly fixed on Tokyo."

Barras also felt it "made sense" to select the team now as the selection races had been completed at the time of the Games' postponement.

"We looked at all of the options and shared them with our stakeholders, coaches and athletes," added Barras.

"With no major international competition before the 2021 Games, the consensus was that it was unfair on riders to wait until early next year to receive a decision that can be made now.

"We had buy-in from the UCI, New Zealand Olympic Committee, riders and coaches to move forward with the selection process.

"This allows our selected riders to focus on their preparations, while we work with our other riders on their future plans."

New Zealand has won eight medals - seven on the track and one in BMX - since Gary Anderson claimed the country's first at Barcelona 1992, earning bronze in the 4,000-metre individual pursuit.

The selection takes the number of New Zealand athletes named for Tokyo to 29.