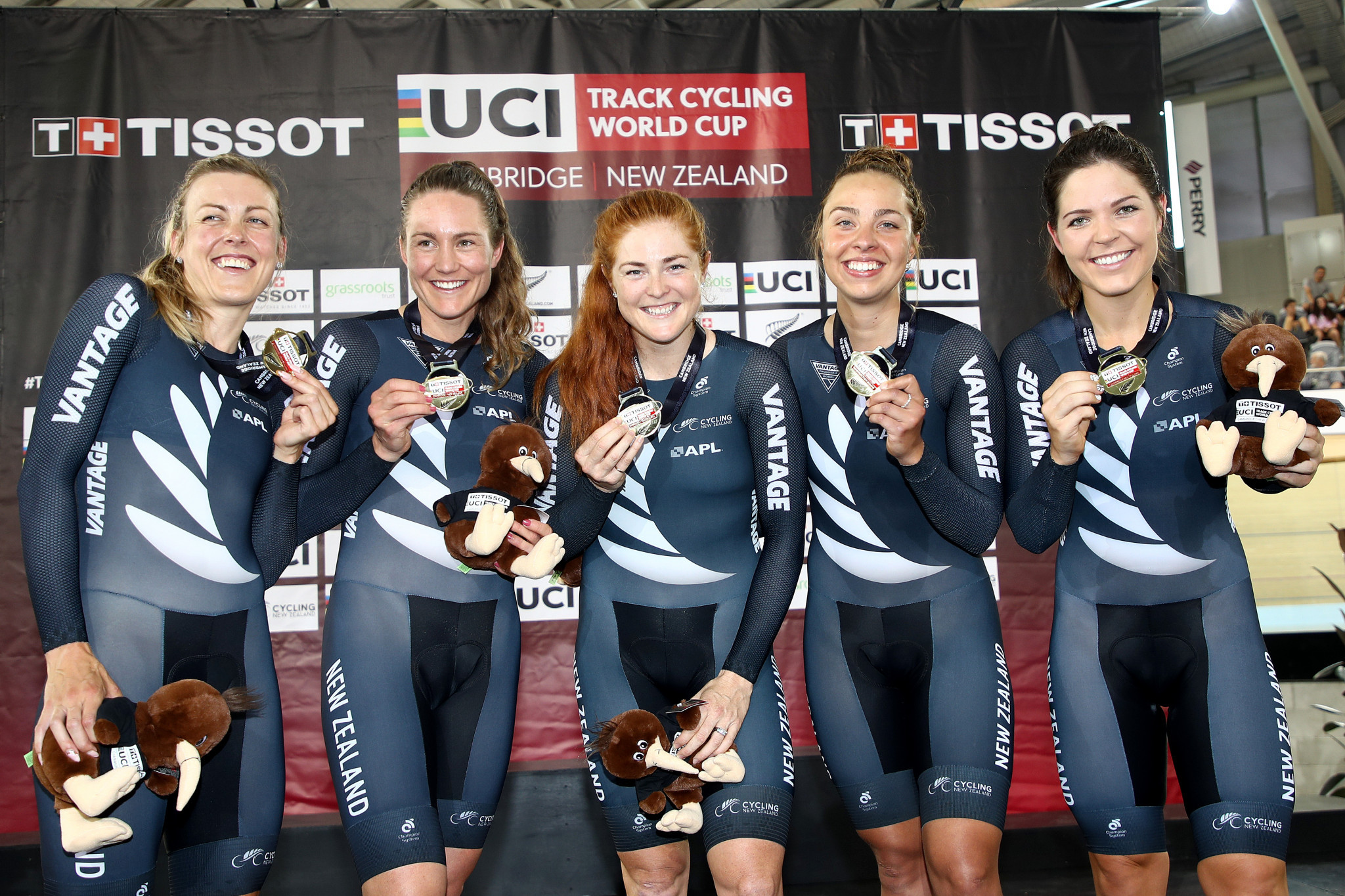 The New Zealand women's pursuit team set the standard for the rest of proceedings at the Avantidrome, nearly breaking the world record to top the podium.

They triumphed in 4min 10.705sec, only half-a-second off Britain's record set at the 2016 Olympic Games in Rio de Janeiro.

Olivia Podmore and Natasha Hansen then claimed gold in the women's team sprint, managing a time of 32.877 to pip Poland at the finish line by just two hundredths of a second.

Poland had to make do with silver after finishing in 43.236, while New Zealand were the bronze medallists ahead of Trinidad and Tobago.

Switzerland then caused an upset in the men's team pursuit, overtaking Australia to triumph in 3:50.359, with the world champions two seconds adrift.

The fourth World Cup stop of the season is due to continue tomorrow with the women's madison, scratch race and sprint races, along with the men's omnium and keirin competitions.