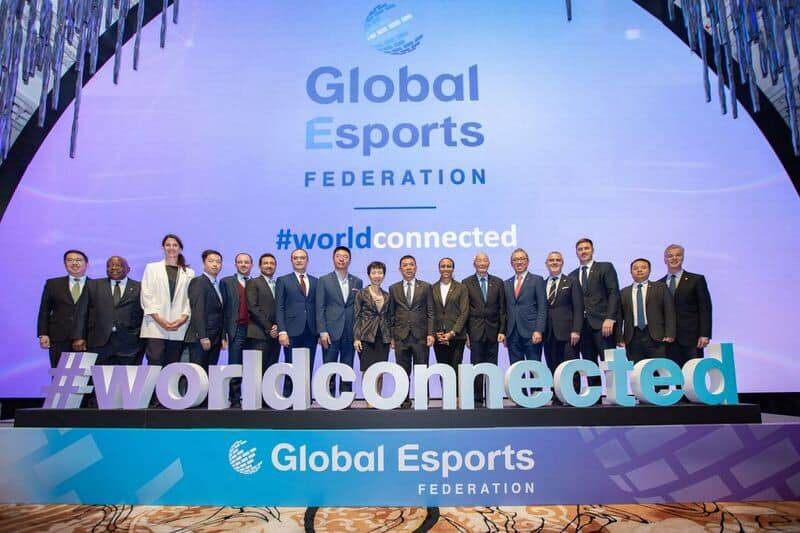 Sports have been warned by the International Olympic Committee (IOC) not to join the Global Esports Federation (GEF).

The IOC’s Esports and Gaming Liaison Group (ELG), chaired by International Cycling Union President David Lappartient, has written to all to the summer and winter International Federations telling them they do not plan to recognise any organisation as the world governing body for esports.

The Singapore-based GEF was launched last December and is backed by Chinese technology company Tencent.

It was set up with the aim to "establish the credibility, legitimacy and prestige for esports" and build "an inclusive platform to bring together all the stakeholders from the esports industry to help shape the GEF mission and maximise the potential for esports and its participants".

The GEF has strong links to the Olympic Movement.

Its President is Chris Chan, secretary of the Singapore National Olympic Council, and its chief operating officer is Paul Foster, the IOC’s former head of protocol, events and hospitality.

At its launch, Chan set GEF the aim of Olympic Games inclusion, claiming they could help end the "misunderstanding" of esports, which continues to grow in popularity and has started to enter the Olympic Movement.

The GEF was set up as a rival to the South Korean-based International eSports Federation (IeSF), established in 2008 and whose mission it is to have esports recognised as a legitimate sport.

Since its launch, several Olympic sports have become members of the GEF, including archery, canoeing, karate, modern pentathlon, surfing, taekwondo and tennis.

The Olympic Council of Asia and the Commonwealth Games Federation have also signed agreements to work with the GEF.

The IeSF has not signed deals with any Olympic sports and instead channels its efforts into hosting the Esports World Championship, the organisation’s flagship competition where esports athletes represent their national teams.

"The IOC position is that it does not and is not planning to recognise an esports federation," the letter from the ELG, seen by insidethegames, said.

"We have strong existing relations with the different stakeholders in the esports and gaming community, such as games publishers, platforms, athletes and players.

"We will maintain these direct relationships rather than working through a third party.

"Both of the organisations who reference themselves as esports federations have representatives on the ELG and we will continue to welcome the contribution of these individuals, however the IOC does not endorse or recognise any specific federation as a representative body in this area.

"This is a position shared by ASOIF, AIOWF and GAISF, and as a result we do not encourage Ifs to enter into a formal relationship with these organisations."

The potential inclusion of esports in the Olympic Games is a contentious topic but the ELG claimed the IOC remains "committed to supporting IFs in this area of innovation and engagement".

The group plans to organise a video working session with the International Federations prior to presenting its annual report on esports to the Olympic Summit in Lausanne on December 12.

"[The IOC] is actively engaged in exploring the opportunities and initiatives to engage directly with this young digital community in order to promote participation in sport, engagement with the Olympic Movement and promotion of Olympic values," the ELG letter said.