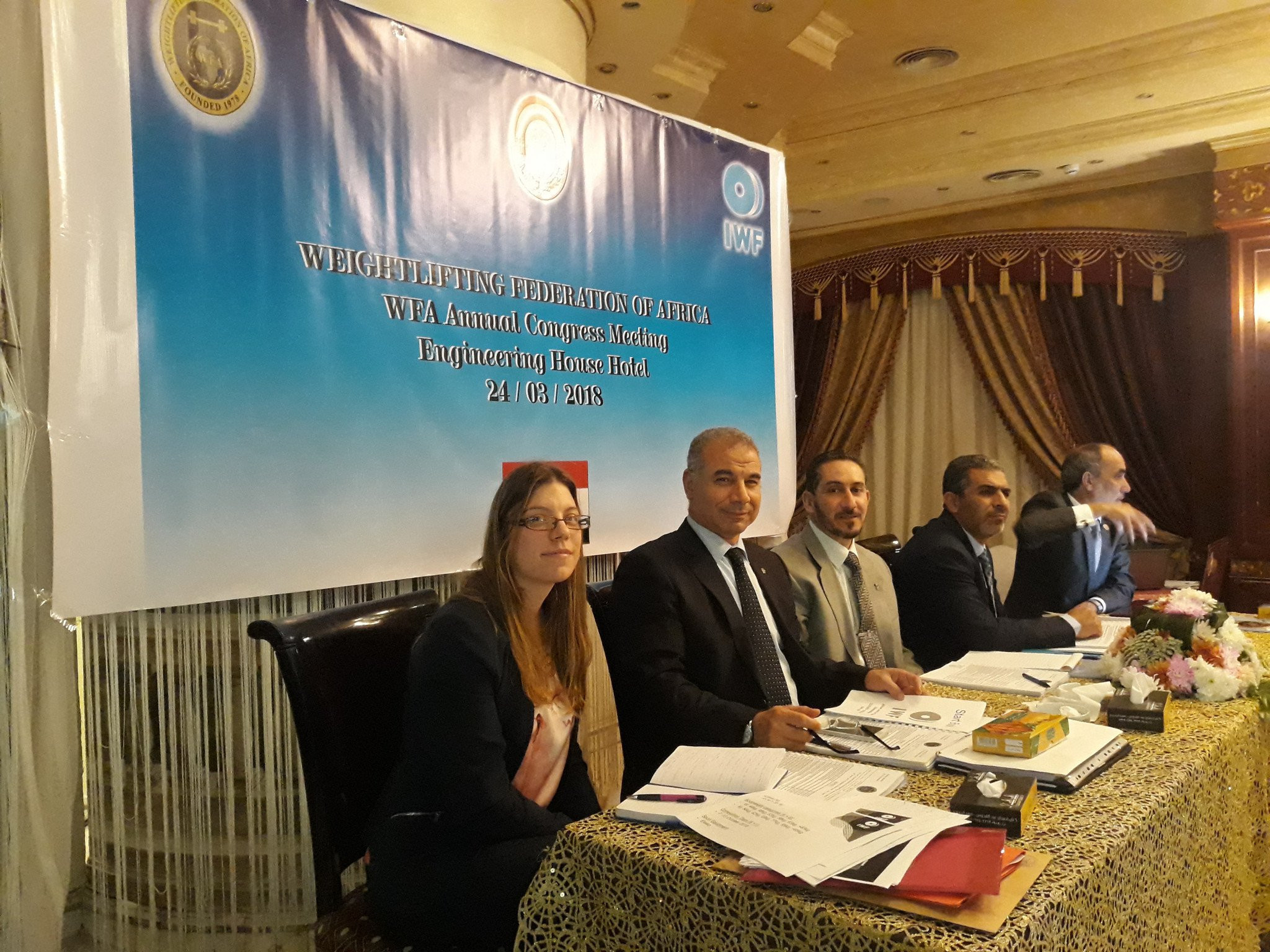 An Egyptian Member of Parliament says there has been "a wave of anger" from weightlifters and coaches after the appointment of Mahmoud Mahgoub to a new leadership role in the sport.

The MP John Talaat has made a formal request for an explanation from the Minister of Youth and Sport Ashraf Sobhy, who chose Mahgoub to head a new Weightlifting Management Committee.

Mahgoub was President of the Egyptian Weightlifting Federation during two doping scandals in 2016 and 2019, and was questioned – and cleared – during a Government investigation into corruption after a huge stash of nutritional supplements was impounded by customs authorities in 2018.

The first of those doping scandals led to Egypt being banned from the Tokyo 2020 Olympic Games and the second resulted in the federation being "frozen" by Egypt's Olympic Committee (EOC) a year ago.

Mahgoub, who sits on the Executive Board of the International Weightlifting Federation (IWF), has responded by saying he is the right man for the job and has vowed to do all he can to overturn Egypt's Olympic ban.

Mohamed Ihab, the superstar weightlifter who announced his retirement when Egypt was banned a year ago, is training hard and ready to return to action, says Mahgoub.

He said Egypt was treated unfairly by the IWF during the corrupt reign of Tamás Aján and has high hopes of overturning a two-year suspension in the Swiss federal court.

Mahgoub says Aján never explained why there was a delay of more than two-and-a-half years between seven young athletes testing positive in December 2016 and Egypt being banned.

Egypt made no headway with its "conspiracy" arguments concerning the seven positives when an appeal to the Court of Arbitration for Sport (CAS) failed last December, two months after a two-year suspension was imposed.

That was before the McLaren Report into weightlifting corruption in June and Mahgoub, suspecting more foul play, has renewed hope.

He believes Aján, who resigned in April, was persuaded to delay triggering Egypt's punishment "by countries that were not happy with our many medals at major championships".

The Independent Member Federations Sanctions Panel, which imposed the ban last September, was created in November 2018, 22 months after the youth and junior positives were confirmed.

Mahgoub questions why it dealt with a retrospective case and said it imposed a penalty under the 2017 IWF Anti-Doping Policy, which came into effect 10 months after the IWF knew of Egypt's positives.

Its importance was highlighted only last week when the IWF announced the creation of a new Independent Monitoring Group whose main task is to check that member federations comply with disciplinary decisions made by the panel.

The four members of the Independent Monitoring Group were, like the sanctions panel members, accepted by the IWF Board after being proposed by the ITA.

The sanctions panel could be called into action for Egypt's second bout of multiple positives in 2019, at the All-African Games in Rabat, Morocco.

Six athletes – including the Rio 2016 bronze medallist Sara Ahmed – tested positive for a supplement that is allowed in training but not in competition.

Those cases are still ongoing with the ITA, which deals with IWF anti-doping procedures, and came from "tainted" supplements, said Mahgoub.

Mahgoub believes the current IWF policy of holding national federations accountable for cheating by individual athletes and coaches is flawed, and is pushing for change.

Despite all the troubles Mahgoub has effectively been put back in control of Egyptian weightlifting by Sobhy.

The national federation remains inactive until the next elections in September 2021.

The EOC created the new committee to manage the sport's affairs and Sobhy has chosen Mahgoub to lead it, showing support for his attempt to gain Olympic reinstatement.

Some in the Egyptian weightlifting community have strongly criticised the decision and Talaat said there had been a call for a nationwide boycott of competitions.

There were also plans for an organised protest outside the Ministry of Youth and Sports to object to Mahgoub's appointment, Talaat said.

The MP questioned how "a person who was previously frozen by the EOC" could be appointed to lead the new committee and said Sobhy should "heed the anger of the weightlifters".

According to local media reports, Sobhy has so far sent three messages of appeasement to prominent figures in Egyptian weightlifting.

Attempts by insidethegames to contact Sobhy by phone, text and social media did not elicit a response, nor did a message left with the Ministry of Sport's executive director.

But Mahgoub strongly rebutted the criticism and said that after the McLaren Report found widespread corruption by Aján, "people have started to change their opinion about weightlifting in Egypt".

Senior figures at the Ministry of Youth and Sport and the EOC believe that "something happened against us, maybe someone, or some countries, wanted us suspended from the Olympic Games".

The seven positives in 2016 came from samples taken before the 2016 African Youth and Junior Championships in Cairo, five of them from minors and two of them 14-year-old girls.

Only five nations competed at that event, and in some weight categories there was only one entry.

"But suddenly at a weak championship with only five nations in it, we knowingly dope our athletes.

"Tell me, why would we do that?

"We had 12 athletes tested at that Championships and all the seven who were positive competed on the same day.

"The other five, all negative, competed on different days.

"It has taken me a very long time to explain all this to the Sports Minister and the Olympic Committee but now they believe in Egyptian weightlifting, in our results.

"None of our success (an impressive array of Olympic and IWF World Championship medals in recent years) happened by chance.

"After our suspension the media was attacking us but they are beginning to say 'how could that suspension have happened nearly three years after the positive cases?'

"There's no logic to it – if we were going to be suspended why did it not happen in (January) 2017 when the positives were confirmed, why delay all that time?

"When I asked Tamas Aján about this face to face I got no answer – nor from the IWF legal counsel.

"I do my best to put Egypt in a good position in world weightlifting.

"I believe 100 per cent that some people from certain countries are not happy with our results.

"How many dollars have been paid?"