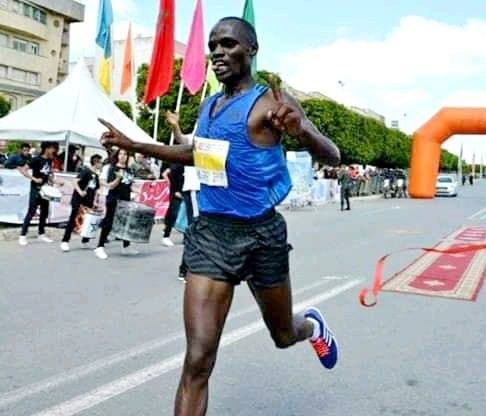 The Athletics Integrity Unit (AIU) has banned a Kenyan athlete who ran from drugs testers and then jumped over a fence to get away - taking the number of athletes from the East African country currently serving suspensions to 66.

According to a statement released by the AIU, Patrick Siele was found guilty of evading an out of competition test that was to be conducted on him in Kapsabet in Kenya on December 18 last year.

Although 23-year-old Siele was subject to a four-year ban, the AIU revealed the athlete had admitted to the violation, hence a reduction of the sanction by six months.

It means there are now 66 runners from Kenya currently serving bans for doping-related offences.

Siele's ban has been backdated to March 20.

According to the AIU, the former steeplechaser was seen "running away from testing".

"An independent witness also confirmed that he had seen the athlete hurdling over a fence to escape from the compound," the AIU added.

The AIU also noted it was Siele's first offence.

"The AIU accepts that the athlete promptly admitted the violation after the AIU’s notification letter on 16 March 2020 and the AIU and the World Anti-Doping Agency (‘WADA’) have agreed to a 6 month reduction in the four-year sanction, taking into account the seriousness of his violation and his relative degree of fault (being only 23 years old, the fact that this was his first experience of out-of-competition testing and his relative lack of anti-doping education which may have contributed to his error of judgment on the day," said the AIU statement.

But AIU also noted in its report that Siele knew he was deliberately seeking to avoid having a doping sample taken that day.

"The athlete has admitted that he was aware that the AIU was seeking to test him on that day and that he took steps intended to avoid being tested by running away from the camp," it wrote.

Siele's best international performance was at the Shanghai Marathon in November last year when he finished sixth in a personal best of 2 hours 10min 42sec.

His other personal bests include 28min 32sec for 10 kilometres and 60:43 for the half-marathon.