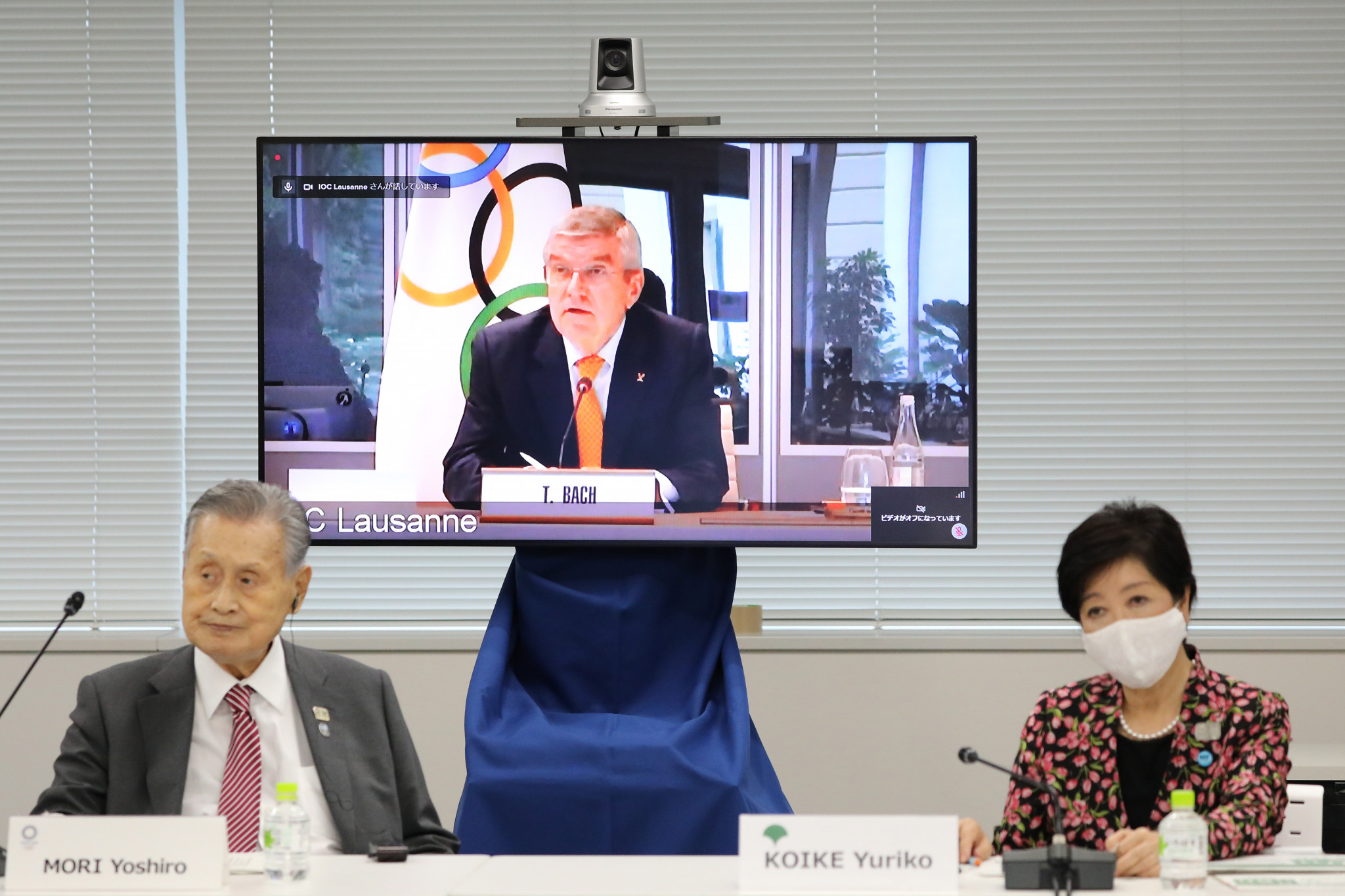 International Olympic Committee (IOC) President Thomas Bach has urged organisers to focus on the preparations for next year's Olympic and Paralympic Games in Tokyo as a virtual Coordination Commission meeting got underway.

The Coordination Commission, chaired by IOC vice-president John Coates, is set to discuss ways to stage Tokyo 2020 during the pandemic with Tokyo city, Government officials and members of the Organising Committee.

Virtual meetings held today and tomorrow are expected to focus on simplification measures to reduce the cost of the postponed Games and coronavirus countermeasures.

"Nobody can expect from us that we know already, exactly what needs to be done in 10 month from now to ensure a safe environment for everybody," he said, as reported by Kyodo News.

"We should not give in to some people who maybe interested to put some pressure on us and already to make announcements now.

"This is not the appropriate time.

"We have to work diligently and work comprehensively and at the appropriate time take the right decisions."

Bach did not dismiss the magnitude of organising Tokyo 2020 with the threat of the coronavirus pandemic still existing.

"This is not only about the conditions in Japan and travelling to Japan," he said.

"This is also concerning the conditions in the 205 other National Olympic Committees."

Earlier this week, Bach wrote a letter to the Olympic Movement where he stated his "confidence in our preparations" for Tokyo 2020.

Bach also mentioned "encouraging signals" coming from scientists which suggest a vaccine for COVID-19 could be developed as early as the end of the year.

"On the one hand, these recent weeks have shown that we can organise big sports events in a safe way even without a vaccine," Bach wrote.

"On the other hand, we have to realise that even testing methods and vaccines are not the 'silver bullet' that will solve all our problems."

In a report by Japanese news agency Kyodo News, Government sources claim Japan is planning to ease travel restrictions for foreign travellers from next month.