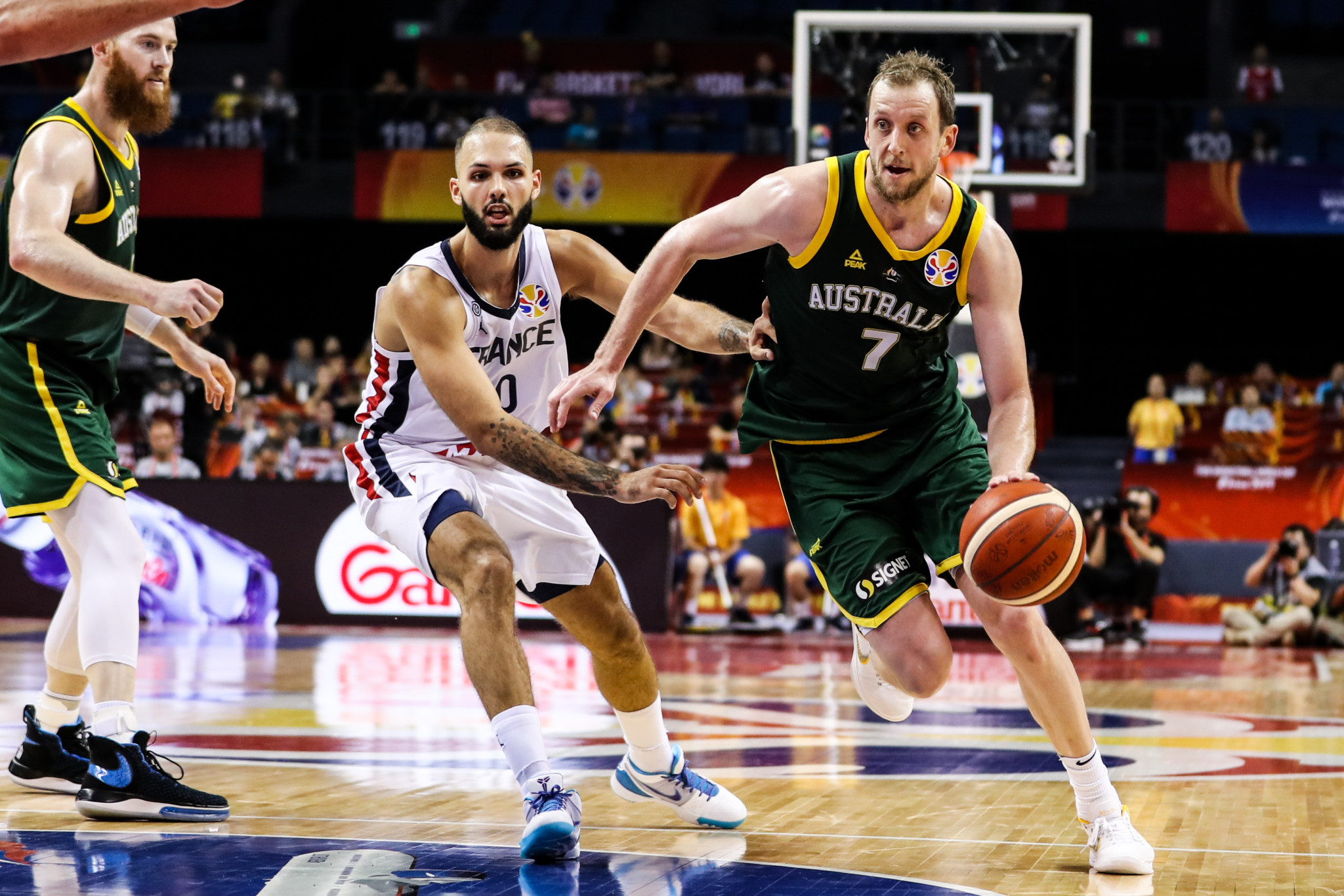 The pursuit of Tokyo 2020 success has taken Australia’s basketball team to the "next level", according to guard Joe Ingles.

The Boomers have yet to reach the podium at a World Cup or Olympic Games but have come within touching distance in recent years.

Australia fell agonisingly short of clinching a bronze at Rio 2016 as they were edged out 89-88 by Spain.

France beat Australia in the subsequent match for third place.

Ingles is determined to end the country’s tale of frustration with a gold medal in Tokyo next year.

"Patty [Mills] was the first one to say gold is what we need to do," said the Utah Jazz star on the Gibbo Goes One on One podcast.

"We needed to have the goal and everyone has embraced it.

"It has made us go to the next level.

"We have been right there so many times now which is so frustrating."

Ingles, 32, and Mills, 32, burst onto the scene with the Boomers at the 2008 Olympics in Beijing and remain part of an experienced team that features fellow National Basketball Association players Matthew Dellavedova, 30, Aron Baynes, 33, and Andrew Bogut, 35.

"The drive is to be the first men's national team to bring home a medal," added Ingles.

"Why not make the first one a gold medal?

"Once our age group is done, that next group of younger guys is so good.

"Gold is what we are aiming for and hopefully whatever has gone on in the world settles down so we can go [to Tokyo] and compete. I'm very excited to play with those guys."

Ingles also revealed he and Mills did not view next year’s Games as their last as they bid to star at Paris 2024.

"I don't say last chance as you just never know with these things," said Ingles.

"Patty and I have spoken about it a little bit.

"If they told me at 36 or 37 or whatever I'm going to be that I can go to camp and possibly make a fifth Olympics, then why not?

"Tokyo is in the foremost of your thinking.

"You put everything into that."

Eight of the 12 men's teams that will compete at Tokyo 2020 have already qualified - including Australia - but four places remain up for grabs at qualification tournaments postponed until 2021.