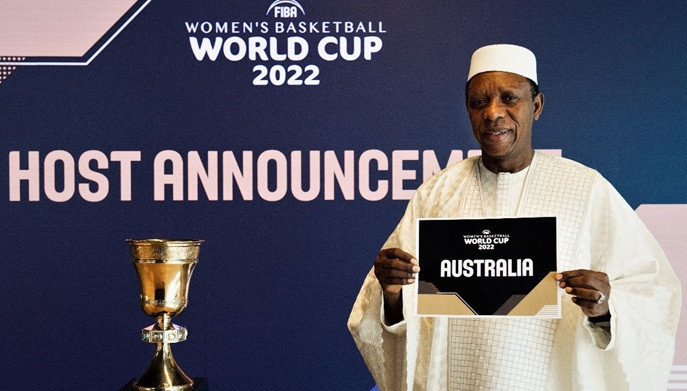 Australia has been announced as the host of the women's Basketball World Cup for a second time after beating Russia in the final stage of the bidding competition.

Australia will be hosting the event for a second time, having previously done so in 1994, when Brazil were victorious.

The decision was taken following a video conference of FIBA's Central Board today, during which both candidates submitted their bids and gave presentations to the Board.

"I would like to congratulate them on their outstanding work and the effort and commitment which has gone into their bids.

"There can only be one host country for this event, and for 2022 it will be Australia.

"We look forward to the biggest women’s event in basketball taking place in Sydney, and also the 12-month qualification period that will take place to be among the 12 teams playing in Australia."

The Opals will be looking to go one better than their performance in the previous edition of the tournament in 2018, when they were beaten 73-56 in the final by the United States.

All matches will take place across two venues at the Sydney Olympic Park, with the competition scheduled to take place over ten days in September and October 2022.