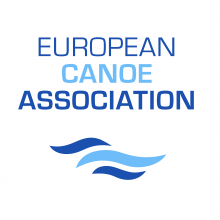 This year's Canoe Marathon European Championships have been brought forward and moved from Budapest to Győr.

The European Canoe Association (ECA) confirmed it had scheduled the event, postponed because of the coronavirus pandemic, for October 1 to 4.

It had initially been due to take place in late October.

The ECA also approved a switch of the Championships from Budapest to Győr, located around 121 kilometres northwest of the Hungarian capital.

In a statement, the ECA said all decisions regarding the Championships "are subject to the actual health situation in Europe and recommendations of the World Health Organization and the host country Government".

"In any case the championships will have to be organised under special requirements and protocols to protect all athletes, coaches, staff and others who will attend the competition in order to prevent any health risks," the continental body added.

The Canoe Marathon European Championships were first held in 1995 and took place every two years until 2013, when the event became an annual competition.