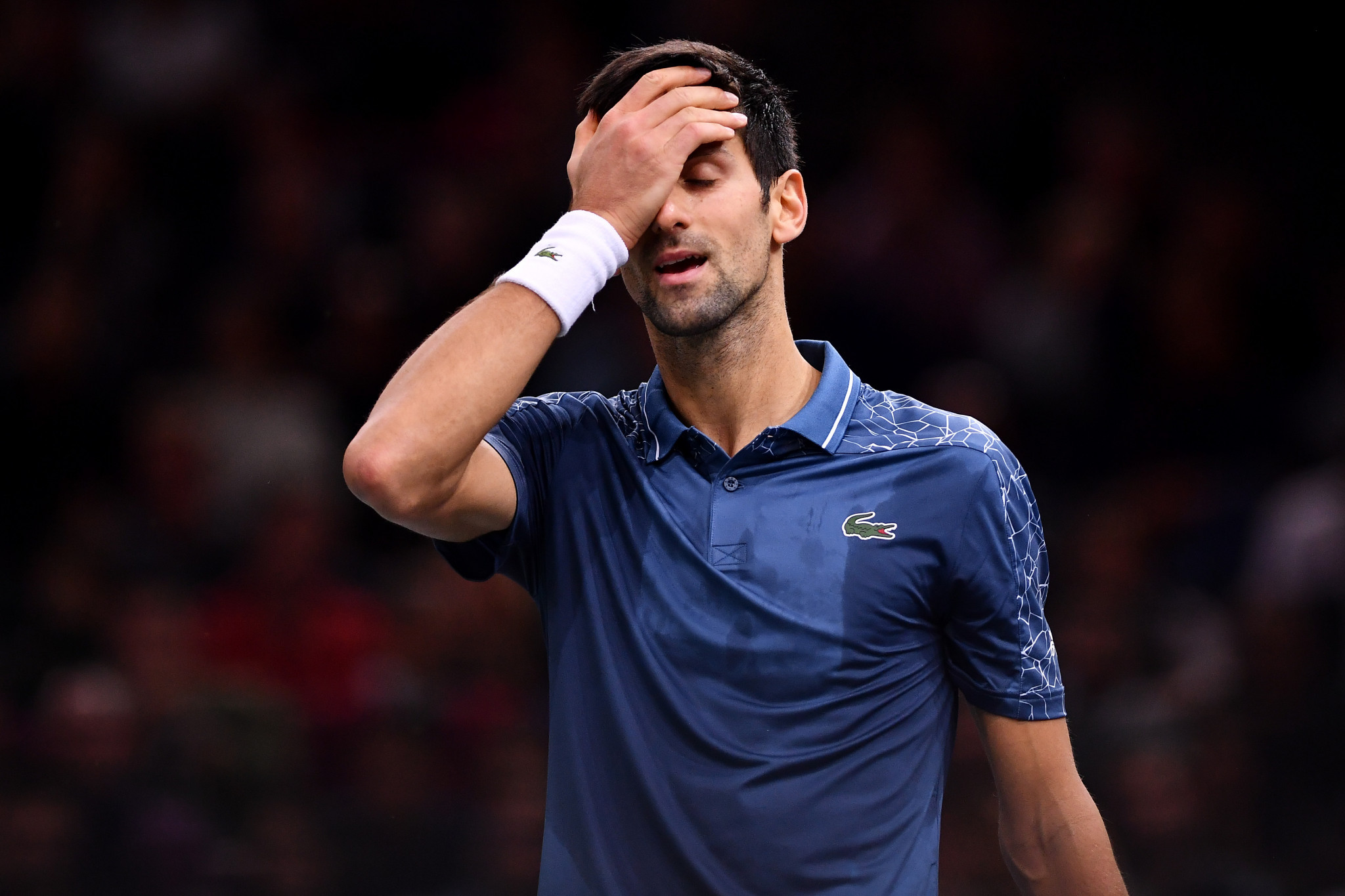 World number one Novak Djokovic has become the fourth tennis player to test positive for coronavirus after competing at the Adria Tour, a charity event organised by the Serbian.

Djokovic, who had faced a significant backlash for hosting the series of events, revealed he and his wife Jelena had returned a positive test for COVID-19.

The 17-time Grand Slam champion also apologised for "each individual case of infection" stemming from the Adria Tour.

"The moment we arrived in Belgrade we went to be tested," he said.

"My result is positive, just as Jelena's, while the results of our children are negative.

"Everything we did in the past month, we did with a pure heart and sincere intentions.

"Our tournament meant to unite and share a message of solidarity and compassion throughout the region.

"I am extremely sorry for each individual case of infection.

"I hope that it will not complicate anyone's health situation and that everyone will be fine."

Viktor Troicki, currently ranked 184th in world, was the third player to test positive for COVID-19 after competing in the charity tennis event hosted by Djokovic in Serbia and Croatia.

Bulgarian Grigor Dimitrov had withdrawn from the second leg of the competition in Zadar with illness and tested positive for coronavirus when he returned home to Monaco.

Borna Ćorić of Croatia was the second player to test positive, with one of Djokovic's coaches and another member of Dimitrov's entourage also reportedly returning a positive coronavirus test.

The final of the event in the Croatian city between Djokovic and Russia's Andrey Rublev was immediately cancelled as a precaution following news of Dimitrov's positive test, but players had already embraced at the net after matches, played basketball together, and partied at a packed Belgrade night club.

Participants were not obliged to observe social distancing rules as Croatia had relaxed lockdown measures before the start of the tournament, but their behaviour has still drawn criticism from players, pundits and fans.

"Once you start having mass gatherings with people coming in from all sorts of countries, it's a recipe for it to kick off," said three-time Grand Slam winner and two-time Olympic champion Andy Murray, as reported by BBC Sport.

"So it's kind of a lesson for all of us - if we weren't already - to take this extremely seriously, and to have as many safety measures in place as possible."

"Put it this way, I don't think you should be having a players' party and then dancing all over each other," he said.

"He should feel some responsibility in his event and how it's transpired.

"But even if the guidelines in that country are not two metres, it's not a joke, is it?

"Even if the guidelines were taken away in this country to normal, I'd still be trying to keep myself out of the way as much as I could from other people."

Rublev, Germany's Alexander Zverev and Croatia's Marin Čilić revealed they returned negative tests after competing in the event, but are set to self-isolate for the next 14 days.

The series of events was set up by the 17-time Grand Slam winner to fill the void of tennis tournaments caused by the coronavirus pandemic and help players get back to match fitness after an extended break.

Professional tennis has been on hold since March due to the COVID-19 crisis.

The US Open at Flushing Meadows in New York City in August is set to be held without fans in response to the pandemic, with measures in place that Djokovic had previously branded "extreme".