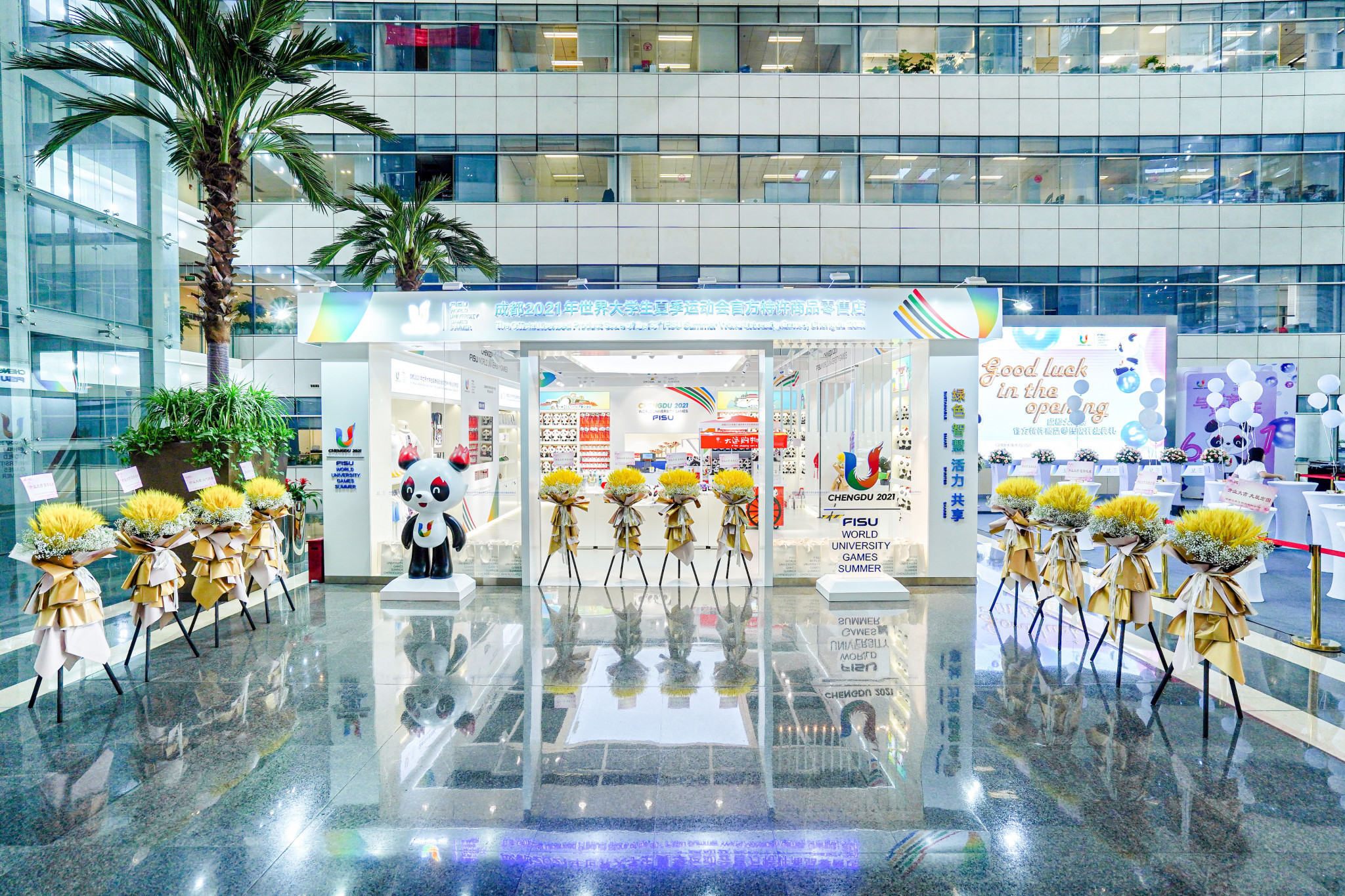 Chengdu 2021 has opened its first official license store for the Summer World University Games, with a series of merchandise released.

The store was officially opened on June 1 and is located at the Chengdu Tianfu International Financial Centre.

An Opening Ceremony was held with Summer World University Games mascot Rongbao present during the final stages of the event.

The panda was unveiled as the Games mascot in December.

"This is the debut of the official licensed product store of the 31st FISU Summer World University Games, Chengdu 2021," said He Xiaomei, vice-director of the Chengdu 2021 marketing and activity planning department.

"The store not only sells a variety of products and holds various events, but also displays the youthfulness, vitality, trendiness, and vigour of Chengdu to the world.

"This will help the construction of Chengdu as 'World Tournament City'."

Chengdu 2021 said products include items which have proved popular on the internet.

This includes Rongbao toys and 500-days to go commemorative badges and fridge magnets.

Chinese style fashion T-shirts, backpacks, wireless chargers, mini speakers and a stationary series are also among the items featured in the story.

Chengdu 2021 say the products not only reflect the city’s culture but are reliable and practical.

The official story features a countdown clock to the Games, along with the Chengdu 2021 slogan "Chengdu Makes Dreams Come True."

The World University Games is due to take place in Chengdu between August 18 and 29 2021.