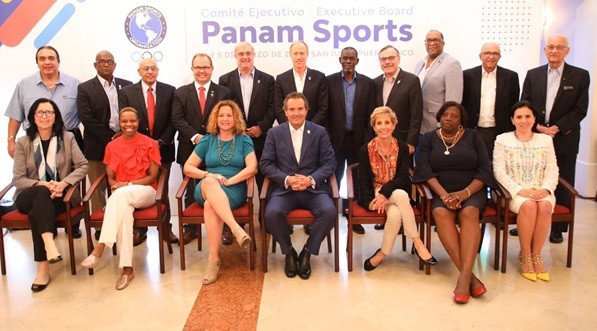 Panam Sports has unveiled a programme of 33 sports for the Santiago 2023 Pan American Games and has left the door open for more to be added to the event.

The continental body confirmed the 28 Olympic sports, as well as baseball and softball, karate, roller sports, surfing and water skiing, would feature at the Games in the Chilean city.

A total of 39 sports were on the programme for last year's Pan American Games in Lima.

Basque pelota, bodybuilding, bowling, squash and racquetball have all been dropped from the Games, while sport climbing and skateboarding - which was axed from Lima 2019 three months before the start of the event - have been added.

Panam Sports said additional sports could be included "as long as quality infrastructure could be guaranteed that would not require increased investment by the host city".

When Santiago was awarded the Games in November 2017, organisers proposed a programme featuring 39 sports.

It is likely those not confirmed on the programme will bid for inclusion to Panam Sports prior to a final decision on the composition of Santiago 2023 at the next meeting of the body's Executive Committee in Cali in Colombia in June.

In January, it was revealed that esports could feature at the 2023 Pan American Games, following talks between David Lappartient, the head of an International Olympic Committee liaison group, and Panam Sports President Neven Ilic.

"It should be noted that there are other sports that could be included in this list following a study conducted by Panam Sports," the organisation said in a statement.

"These sports could be included as long as quality infrastructure could be guaranteed without significant additional investment by the host city.

"This keeps the possibility open to protect the aspirations of athletes who dream of competing in the Pan American Games in the Chilean capital."