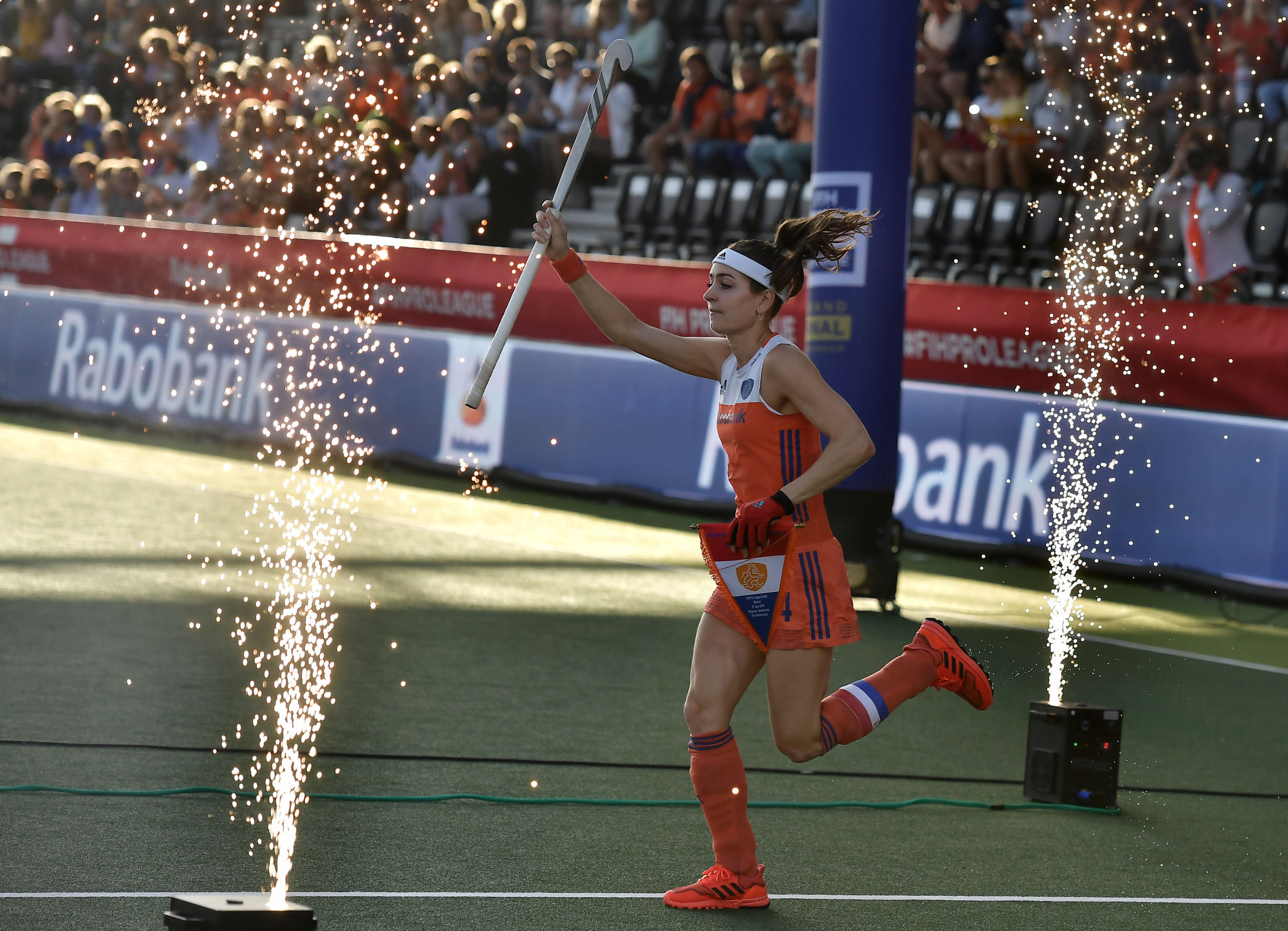 The Netherlands' Eva de Goede was named the International Hockey Federation (FIH) Women's Player of the Year after a successful 2019 season that saw her captain her team to victory in the inaugural FIH Hockey Pro League.

It is the second year in a row that the Dutch player won after she beat Argentina's Carla Rebecchi and Germany's Janne Müller-Wieland to the win, receiving the backing of the National Associations for a combined third of the vote.

Rebecchi won more than half the player and fan votes with 28.8 per cent of the combined vote.

De Goede debuted for the team in 2006 as a teenager and now at 30, has two Olympic gold medals, two World Cup titles and three Champions Trophy victories to her name.

There was more Dutch success with Alyson Annan taking the FIH Women's Coach of the Year accolade for a third straight year.

The Australian, voted FIH Player of the Year in 1998 and 2000 took over as head coach of The Netherlands' women's team in 2015 and has overcome a difficult start to her tenure with the national side to bring glory in 2019.

According to FIH, she struggled to connect with her players in her initial year, seeking the help of an equine therapist to teach her more effective body language methods.

Yet last year, her team won the FIH Pro Hockey League and EuroHockey Championships, with the latter giving her side an Olympic berth - the only major competition that eludes her record to date.

Colin Batch, another Australian was awarded the FIH Men's Coach of the Year, but this time for work with his own country's national team after the won FIH Pro Hockey League.

Four years into his tenure, Batch's Pro Hockey League win, as well as bronze in the 2018 Men's Hockey World Cup were added to his gold medal at his home competition at the 2018 Commonwealth Games in the Gold Coast during what has been an impressive past two years.

Thanks to these performances, Australia have topped the world rankings in this period as well as qualified for Tokyo 2020, where they will be looking to win their first Olympic gold medal since Athens 2004.

Belgium's Vincent Vanasch was named the FIH Men's Goalkeeper of the Year for a third time after proving popular across the board in voting.

The 33-year-old won the support of the National Associations and the fans and players ahead of Australia's Tyler Lovell and Germany's Victor Aly.

Although a gap back to Aly, Lovell won more than half of the media vote - but still finished a distance behind Vanasch.

With over 230 international caps to his name, Vanasch continues to be the best in the world after taking his team to the FIH Pro Hockey League final and gold in the EuroHockey Championships.