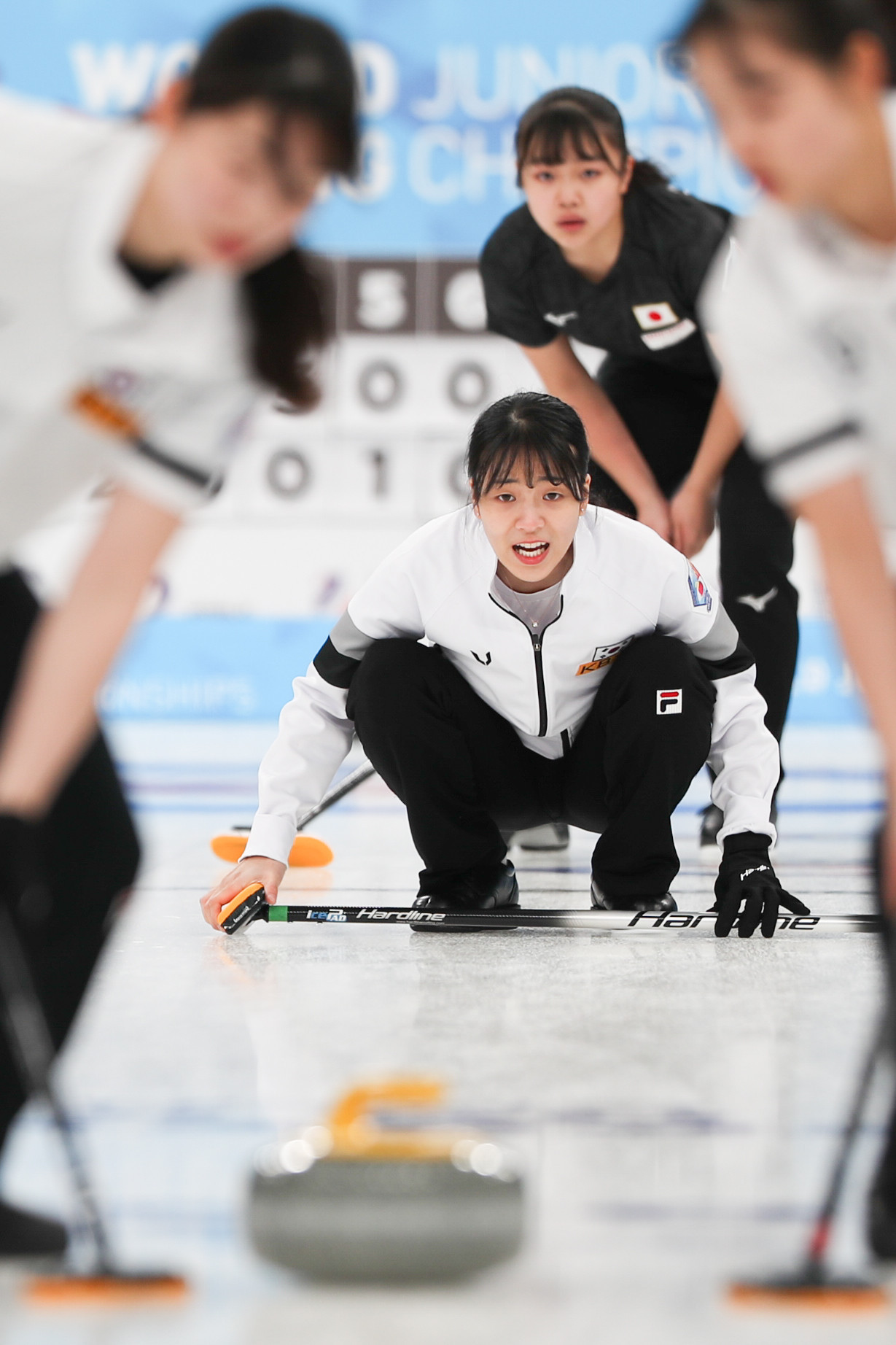 South Korea remained undefeated in the women’s group at the World Junior Curling Championships as they finished as the top qualifier in Krasnoyarsk in Russia.

The quartet made it nine wins from nine after winning against Canada in a top-of-the-table clash, in a dominant 7-1 defeat at the Crystal Ice Arena.

South Korea have never won a women’s World Junior title, with their best result coming in 2014 when they finished runners-up to Canada.

Canada had previously only lost to one team, Japan, in their opening match and had also already secured qualification to the semi-finals where they are due to face third place Russia.

The hosts ended Denmark’s chances of progressing further in the competition after an 11-6 win which left the door open for Japan and Switzerland to take the final spot in the semi-finals, where they will meet Canada.

A win for the Swiss team would have ensured their place in the final four on a head-to-head record with Japan, having defeated them 5-4 yesterday.

But in a shock upset, Latvia curtailed the hopes of them in an 8-7 win, with both sides finishing on a record of 4-5.

This meant Japan finished in fourth after a comfortable defeat of Hungary, who came bottom with no wins from their nine matches – the only team in either competition to go home winless.

Japan will not take on South Korea in the semi-final.

Despite winning 5-4 against Sweden, Norway also faced relegation but finished above their opponents who struggled to assert themselves in their group after a slow start.

Despite Latvia’s heroics, due to a three-way draw between them, Switzerland and Denmark, they suffered relegation due in a Draw Shot Challenge between the three teams, being furthest from the centre of the house.

This meant that all four sides relegated must play the B Championships to ensure a place at next year’s competition.

The men’s competition wrapped up with Scotland at the top on a run of seven straight wins after sitting bottom following the first two matches.

Their 6-5 extra-end win over Canada ensured that they would leapfrog their opponents in the table with both on seven wins and two losses.

This means they face Switzerland in the semi-finals, who were sitting in sixth prior to their final group match, winning a vital match 9-4 against Germany, who also finished in the top four in third place.

Canada are now set to play Germany, with the European side looking for revenge after their 8-5 loss in the group.

Sweden missed their chance of making the next stage after back-to-back defeats to Germany and Russia, with the hosts missing out thanks to their head-to-head record with Switzerland, who defeated them in a thrilling 10-9 match earlier in the schedule.

Despite finishing bottom of the table, Norway finally won a match, winning 7-3 against Italy who finished second from bottom ahead of New Zealand, who lost a must-win match against the United States, relegating the side to the B Division with Norway and Italy and their opponents.