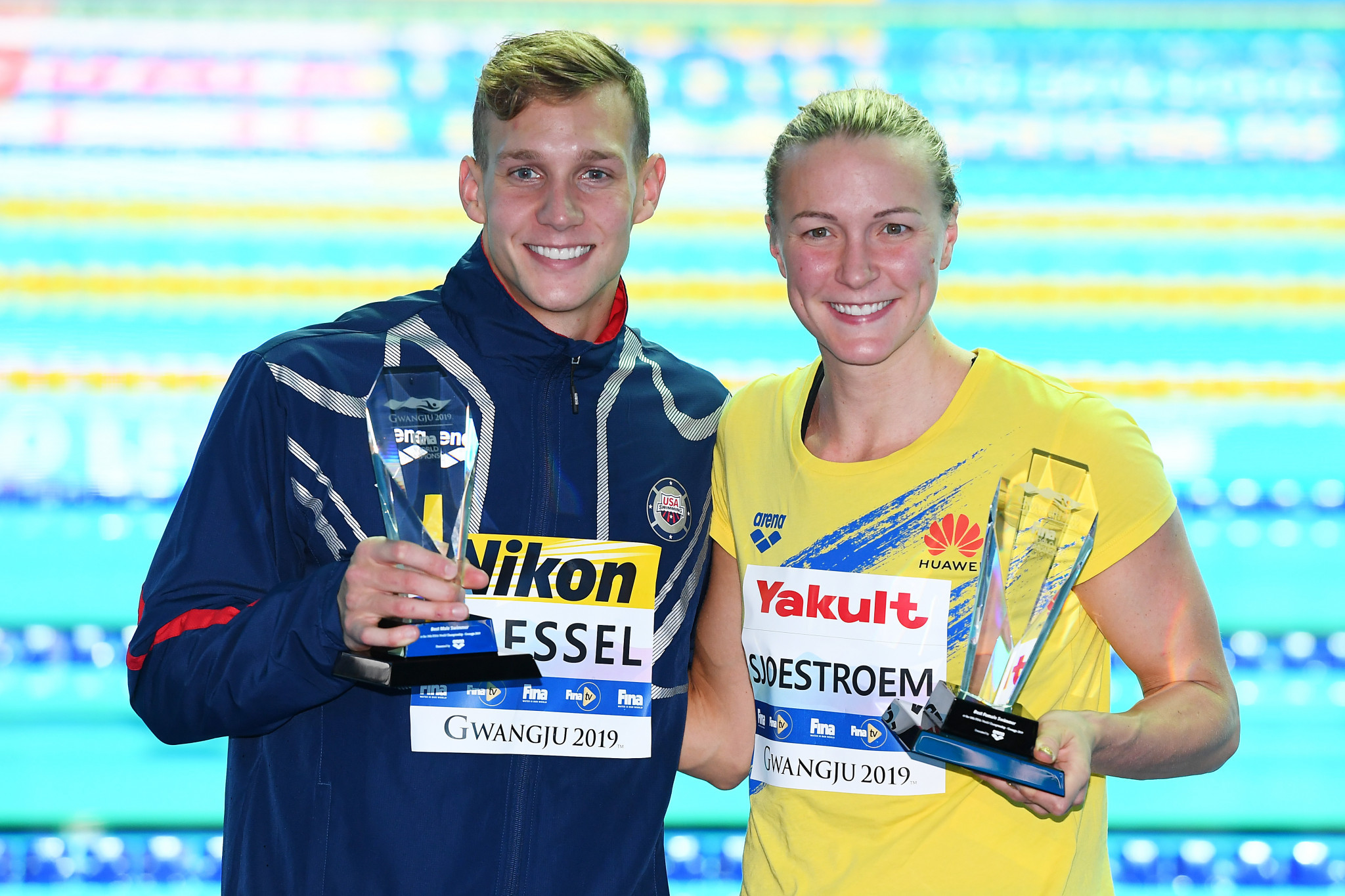 The International Swimming Federation (FINA) has announced its athletes of the year for 2019 across the six aquatic disciplines.

In swimming, Caeleb Dressel of the United States won the men's category and Sweden's Sarah Sjostrom the women's.

The American won eight medals at the FINA World Championships in Gwangju in South Korea last year; gold in the 50 metres and 100m freestyle, 50m and 100m butterfly, 4x100m freestyle and mixed freestyle relays as well as silver in the 4x100m medley and mixed medley relays.

He also broke the world record in the 100m butterfly - beating the time of Olympic legend Michael Phelps which has stood for a decade.

It's the second such award for both winners after they were both crowned the best athletes in 2017 too.

China took both diving accolades with Xie Siyi and Shi Tingmao excelling in the pool.

Xie was triumphant in the 3m springboard events, taking gold in individual and synchronised finals and finished second in the overall rankings of the FINA Diving World Series.

Although it was Xie's first award, his female compatriot Shi is no stranger to winning with it being her fifth title in a row.

Hunt took his fourth award in five years - having only missed out in 2017 - while Iffland collected her third consecutive title.

Maltsev triumphed in the mixed duet technical and duet free in Gwangju and is now a three-times winner after succeeding in 2015 and 2017.

In open-water swimming, first-time winner Kristof Rasovsky of Hungray dominated the men's field in 2019 with a world gold medal in the 5km race as well as the overall title in the FINA Marathon Swim Series.

In the women's, Brazilian star Ana Marcela Cunha made it six best athlete awards after she won the 5km and 25km races in Gwangju and also the Marathon Swim Series.

Finally, in water polo, Italy and the US were clear winners in the men and women's events.

Both teams were victors in Gwangju, with Italy's men winning their first title while the American women have now taken five in a row.