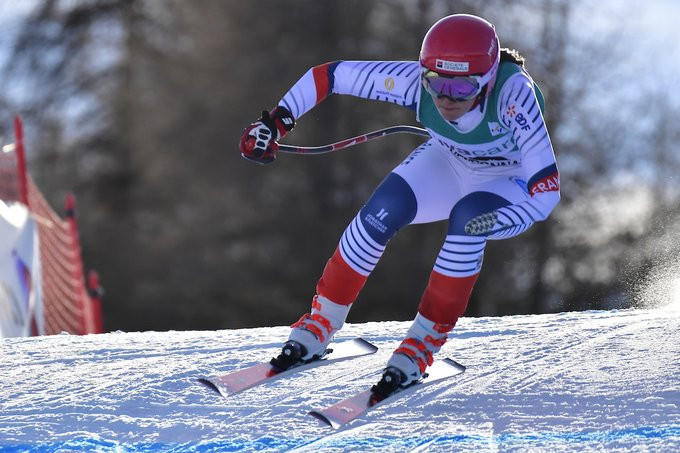 France's Arthur Bauchet and Marie Bochet both claimed wins on the second day of super-G competition at the World Para Alpine Skiing World Cup in Veysonnaz.

Bauchet made it two men's standing victories in as many days at the Swiss ski resort, clocking an unrivalled time of 1 min 5.51sec.

Bochet, meanwhile, bounced back from failing to finish yesterday's women's standing event to triumph in 1:11.09.

Yesterday's winner, Mollie Jepsen of Canada, had to settle for second place today in 1:11.83.

Joining Bauchet in repeating a win from yesterday were Germany's Anna-Lena Forster and Canada's Mac Marcoux in the respective women's sitting and men's visually impaired events.

Forster prevailed in a time of 1:15.54, with The Netherlands' Barbara van Bergen, who failed to finish yesterday, second in 1:17.31 and the United States' Laurie Stephens third in 1:19.22.

Marcoux again held off Italy's Giacomo Bertagnolli to take his gold medal, finishing in 1:04.91 to beat his rival by a margin of 0.25 seconds.

Slovakia's Miroslav Haraus was the bronze medallist in 1:06.87.

Today's one other winner was Norway's Jesper Pedersen, who topped the men's sitting standings in 1:06.46.

In the women's visually impaired event, Germany's Noemi Ewa Ristau was again the sole competitor but failed to finish.

Action in Veysonnaz continues tomorrow with the third and final round of super-G races.