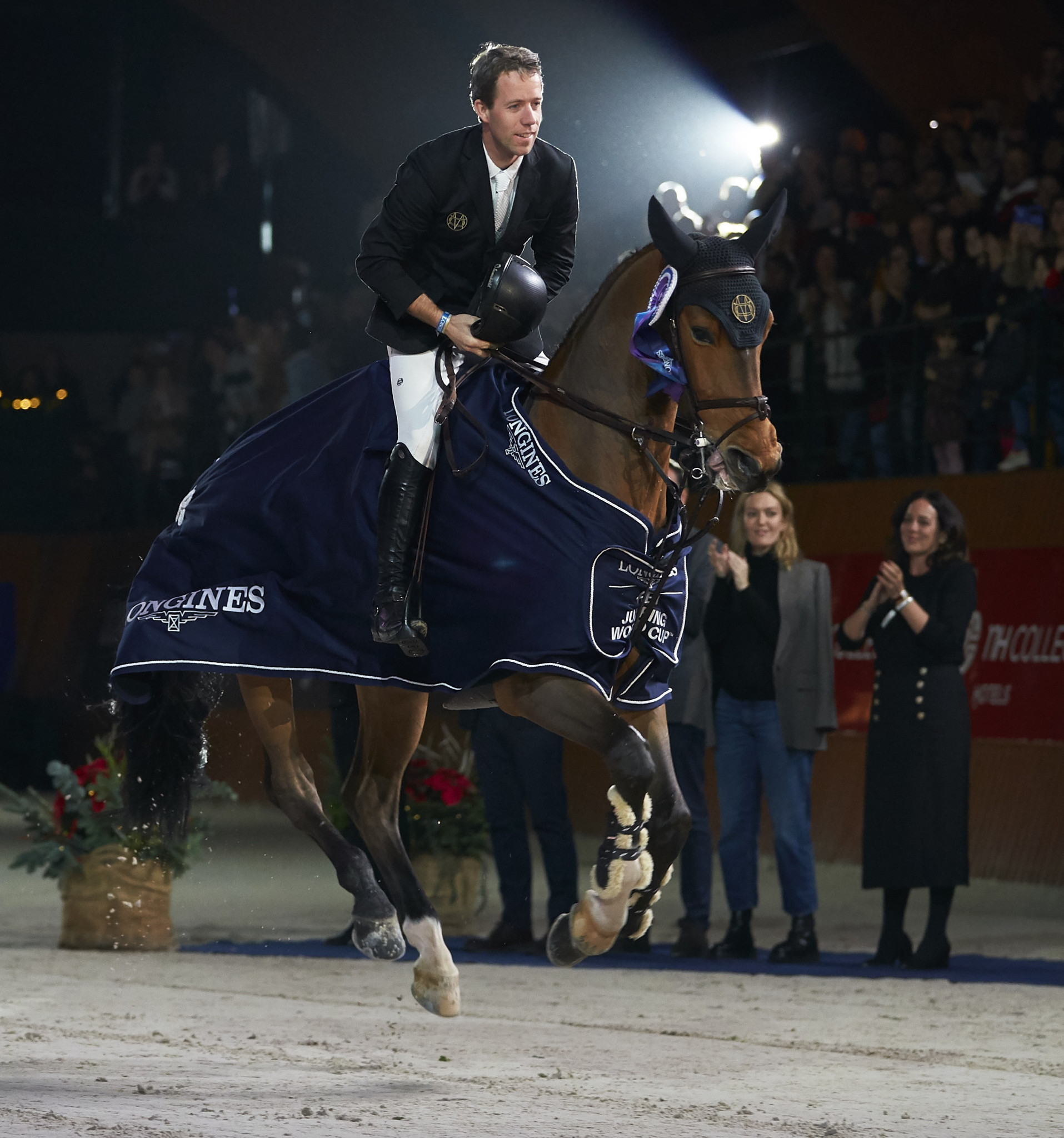 The London 2012 team Olympic silver medallist triumphed in the Spanish city on board Beauville Z, going double clear and recording the quickest jump-off time of 36.94sec.

"Sometimes a jump-off doesn't go as planned and you have to put in a waiting distance, but today it was all very smooth and we had a great rhythm all the way," said Van der Vleuten, who was seventh to go.

"My horse was very good, he stayed with me, and out of all the turns we got a nice forward distance."

The jump-off featured drama for the home crowd when Spanish favourite Eduardo Alvarez Aznar was jumped out of the saddle by horse Rokfeller de Pleville Bois Margot.

Riders around the world are bidding to qualify for the World Cup Final in Las Vegas in April.

Van der Vleuten now sits fifth in the Western European League standings on a tally of 32 points, while Gaudiano has moved up to second on 43.

Belgium's Pieter Devos was not in La Coruña but still leads the way on 55.

The next leg will take place at London's famous Olympia venue on Saturday (December 21).