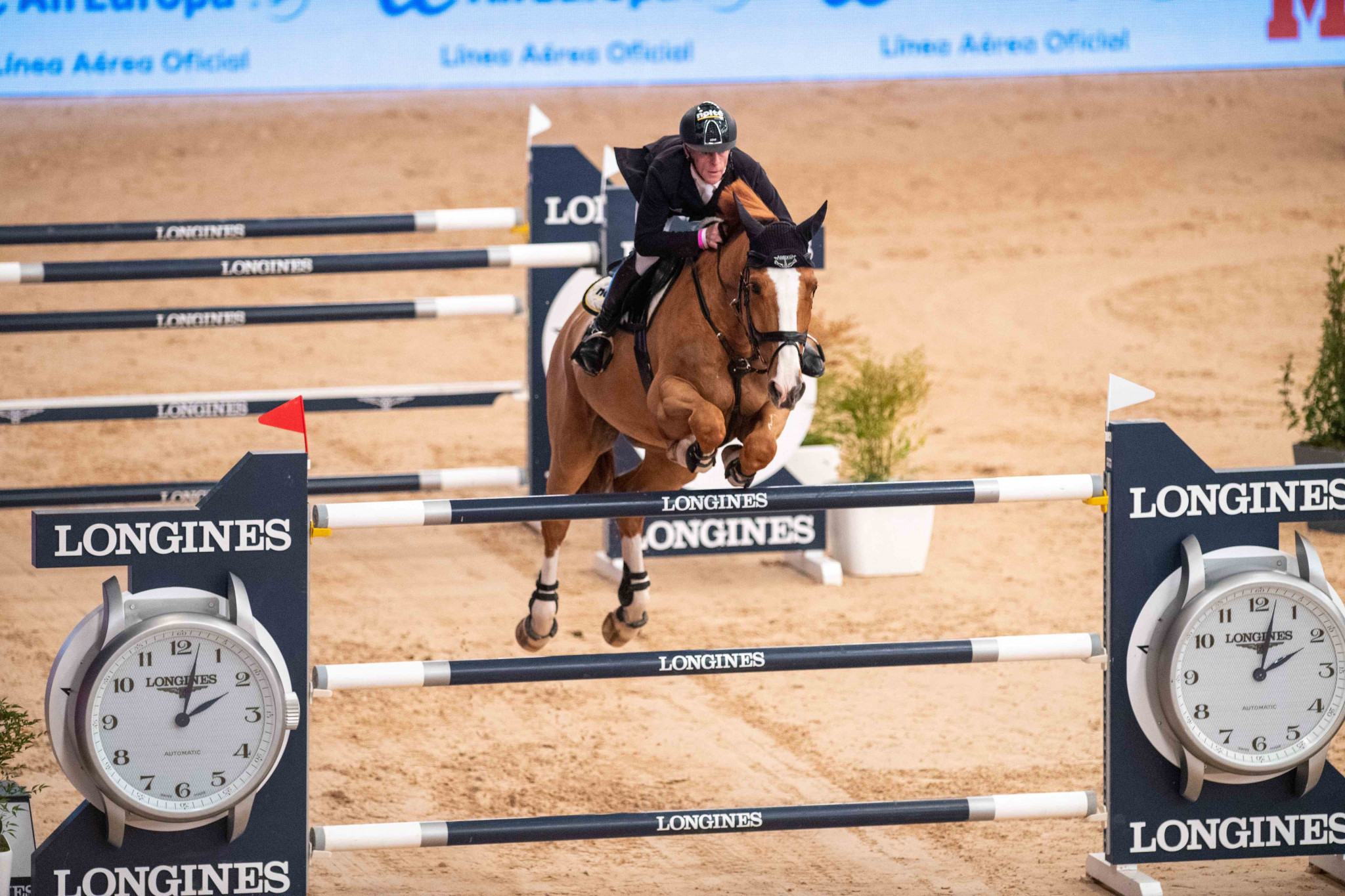 Fourth to go in a nine-horse jump-off, the pair took the lead with a spectacular run that stopped the clock in 43.30sec and could not be caught at the Spanish capital’s IFEMA arena.

Ehning was at his very best in the jump-off and was so fast that he could take a check before the last and still set an unbeatable target.

The double Olympian and three-time FEI Jumping World Cup champion was not quite so convinced himself, however.

"I thought maybe I had left a small gap, but as it turned out I didn’t," he said.

Taking the win against an impressive line-up, Marcus edged the time to come out top! 👆

Ehning was delighted with Pret a Tout, a 16-year-old gelding owned by Ruth Krech.

"He’s a very fast and experienced horse, and I also have a bit of experience," he added.

"He has his own style and it’s not classical but his mind is really, really good and he’s very flexible and that helps him a lot.

"He’s a real personality - he’s quite lazy, but he knows he’s a very good horse so he always feels very proud of himself."

The FEI Jumping World Cup Western European League is due to continue in Spanish city La Coruña on December 15.

Devos, the winner at the previous leg in German city Stuttgart last month, currently leads the overall standings with 55 points and and is guaranteed a place at the FEI Jumping World Cup Final in Las Vegas next April.

Switzerland's Steve Guerdat is second with 47 points, while Great Britain's Scott Brash is third with 35.