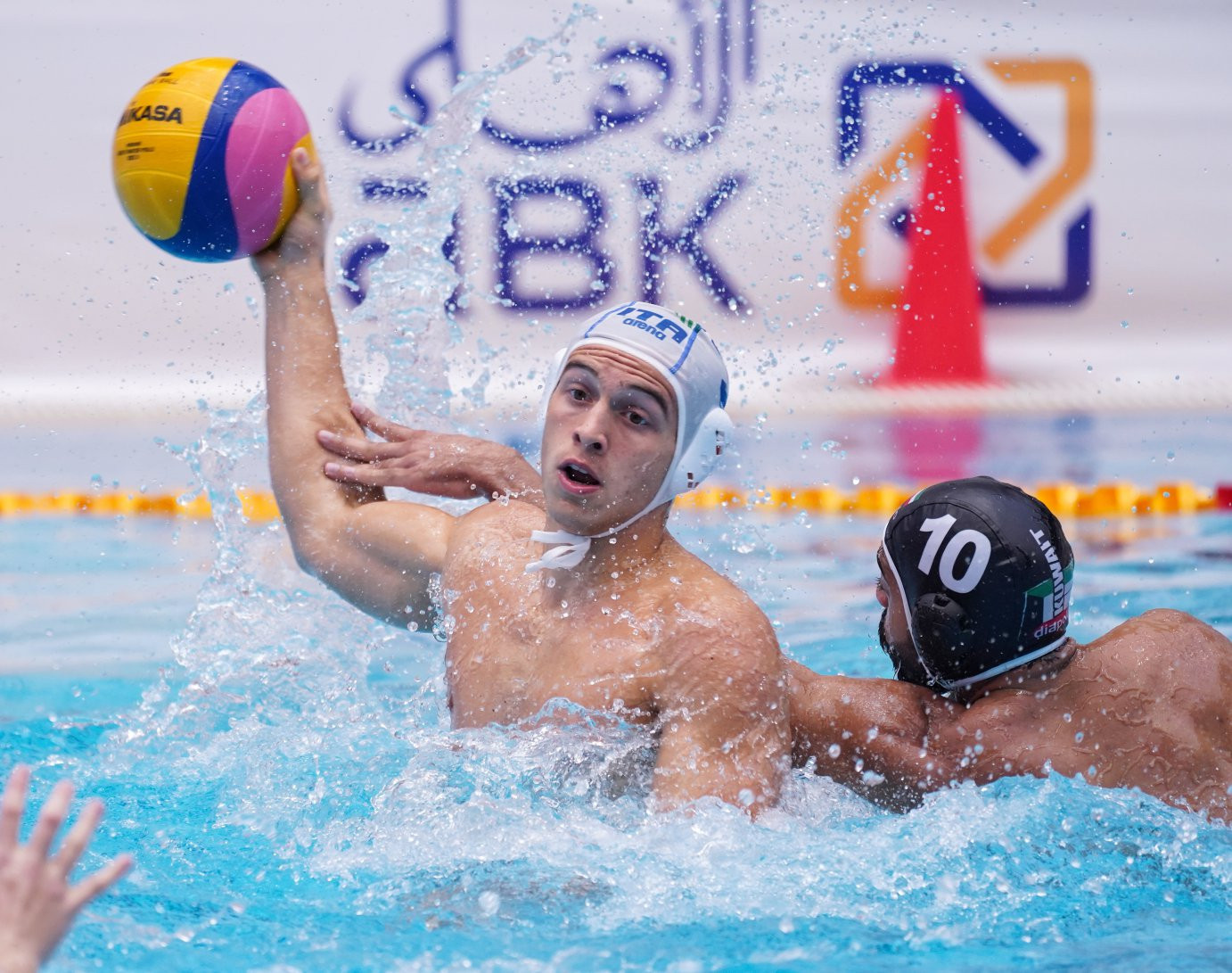 Kuwait put up stern opposition before Italy turned their 9-4 lead at half-time into a convincing triumph.

Today's other match in Group C ended in a 17-6 success for Montenegro over Iran, ensuring a third-place finish behind the US.

In Group A, Serbia clinched top spot with a 16-4 win at the expense of China.

They were followed in the final standings by Croatia, who beat Japan 14-12 today to condemn their opponents to third spot.

Canada had to settle for third spot ahead of Russia, who opened their account in Kuwait City by overcoming winless Egypt 17-9.

In Group D, Australia downed Uzbekistan 25-7 to wrap up a second-place finish behind defending champions Greece.

New Zealand completed the top three having edged out Brazil 8-6.

As group winners, Greece, Serbia and Spain have all joined Italy in going straight through to the last eight.

The four other quarter-finalists will be determined tomorrow from matches between those teams that ranked second and third in their respective groups.

Croatia face New Zealand before Hungary meet Montenegro, Japan go up against Australia and Canada do battle with the US.