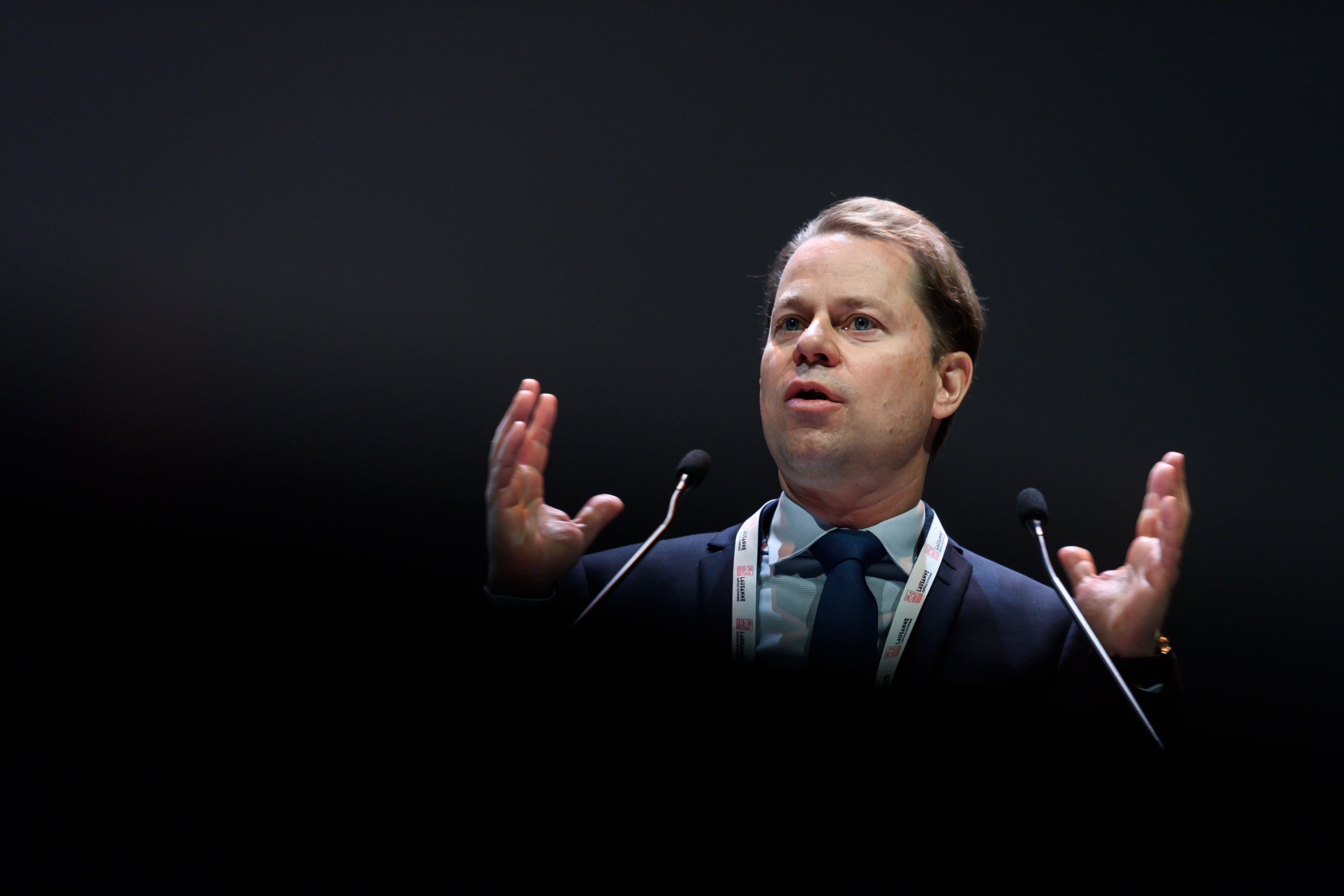 Aggar, chair of the British Athletes' Commission (BAC), resigned claiming WADA had made "too many bad decisions, compromises and broken promises".

She claimed this had been due to "political games and too many conflicts".

The Paralympic rowing bronze medallist said WADA's decision to ignore the Committee's calls for Russia to be banned from the Olympic and Paralympic Games was the "biggest blow".

In a letter sent to Aggar, Niggli defended the WADA Executive Committee's decision to endorse a four-year sanction against the Russian Anti-Doping Agency (RUSADA), which stopped short of a blanket ban on athletes.

Athletes from Russia will compete as neutrals at a host of global competitions, including the Olympics and the 2022 World Cup in Qatar, provided they can prove they were not part of the doping scandal.

Niggli said the Athlete Committee had "consistently been informed of the steps being taken by WADA as part of the Russian doping crisis and been given the opportunity to ask questions and voice their concerns during numerous meetings and conference calls with WADA representatives".

Thank you Beckie. It has been a privilege working with you and you inspired us all! Another positive is that I’ve made an awesome friend for life ? https://t.co/1n0eQoVKo7

"The reactions of the global athlete community ahead of, and following, the decisions of the Executive Committee, including that of December 9, have reflected the great polarisation of athlete views with respect to the Russian doping crisis.

"While the opinions of the WADA Athlete Committee regarding the latest CRC (Compliance Review Committee) recommendation and ExCo decision have been split, this is also the case worldwide, as reflected by the numerous public statements I have read and heard from athletes over the past three weeks.

"I even noted this morning that the British Athletes Commission, of which you are a Board member, published a press release welcoming the decision of the ExCo and stating: 'This reflects the feedback from our members, with whom we have consulted widely, and who are largely of the view that the punishment should not prevent athletes from competing if they can undeniably prove themselves to be clean'.

"What is absolutely clear to me is that reasonable people can have differing views; particularly, regarding such a contentious topic.

"I fully respect differing views and would only expect similar respect from you, without accusations of playing political games."

This included a statement from nine of the 17-member WADA Athlete Committee, which had called for a blanket ban.

Niggli responded to the criticism by saying a lack of consensus among the Athlete Committee had been central to the statement not being published.

"The last few times that members of the Committee have asked for a statement to be published, the position was absolutely not reflective of a clear majority; in fact, far from it," Niggli wrote.

"Case in point, this last time, nine members were in favour of issuing a statement objecting to the CRC's recommendation, while eight were against and had prepared an alternative statement.

"Therefore, there was no consensus, and it would have been very strange - to say the least - for WADA to publish two different statements from its own Athlete Committee.

"In my view, it is simply not correct to mislead in this fashion."

Under the terms of the sanction approved by the WADA Executive Committee on Monday (December 9), Russia will be banned from international events, including the Olympic Games for four years.

Russia's flag will be barred from Tokyo 2020 and Beijing 2022, while the nation is set to be stripped of major events it has already been awarded after RUSADA was declared non-compliant.

Athletes will still have a pathway to compete under neutral status.