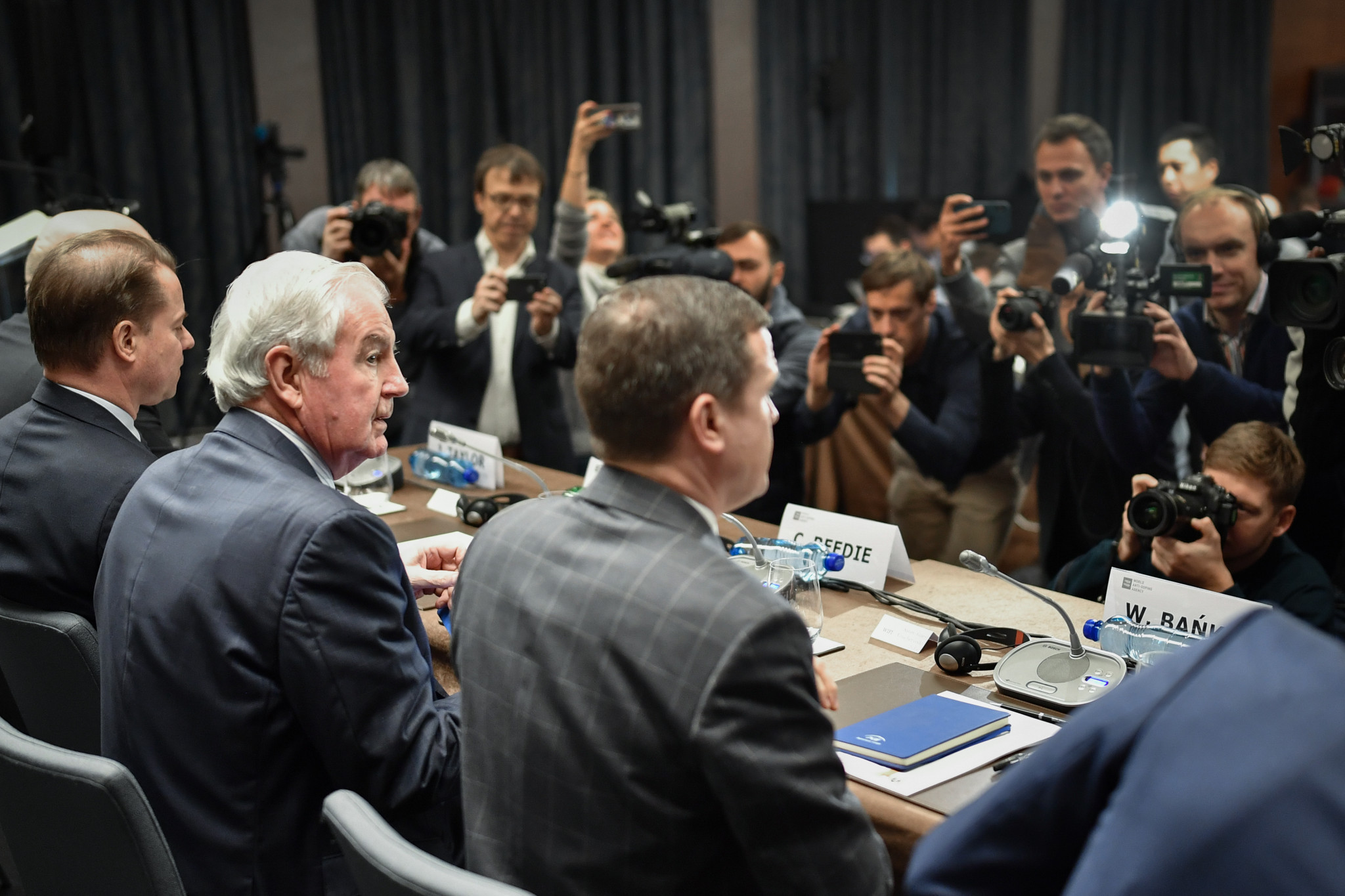 Britain's Victoria Aggar has resigned from the World Anti-Doping Agency (WADA) Athlete Committee in protest at the organisation opting against a blanket ban on Russian athletes.

The chair of the British Athletes’ Commission (BAC) had claimed earlier this week she had considered her position on the WADA Athlete Committee, as she dismissed the organisation was “spineless”.

The Paralympic rower bronze medallist has now confirmed her resignation, stating WADA’s decision to ignore the Committees’ calls for Russia to be banned from the Olympic and Paralympic Games was the "biggest blow".

A group of nine of the 17-member WADA Athlete Committee had called for a blanket ban.

The WADA Executive Committee, however, voted to ban the country from international events, including the Olympic Games, for four years as punishment for authorities tampering with the data before it was handed over to the global watchdog earlier this year.

"Events over the past two years have fundamentally shaken my belief in an organisation that I felt initially served a great purpose of protecting the integrity of sport," Aggar said.

"Protecting clean athletes on their journey of pursuing their dreams.

"I do not feel that WADA exists anymore.

"Too many political games (Or machinations), too many conflicts and too much self-interest has led to too many bad decisions, compromises and broken promises.

"Most recently the biggest blow to athletes is the decision by WADA to ignore calls from its very own Athlete Committee for Russia to be banned from competing at the next Olympic and Paralympic Games, despite promising earlier this year to enforce the toughest sanctions available if the retrieved data from Moscow was found to be manipulated."

So today I resigned from the WADA athlete committee. My statement attached explains why. pic.twitter.com/KJL51j6eyY

The Briton said she believed that a blanket ban would see Russian athletes suffer in the short term, but that it could lead to a cultural change.

"I am a strong advocate for athletes’ rights and I have concern for every Russian athlete that will be stuck in a system that is unlikely to change," Aggar said.

"But until Russian leadership is held accountable and feels the full brunt of their wrongdoings only then will we see a cultural change that will allow athletes the opportunity to choose the clean sport path.

"Until then, Russia will continue to place athletes in a position where they have little or no opportunity to choose that path.

"As we saw following Rio [2016] and Pyeongchang [2018], Russia authorities will continue to celebrate their athletes’ victories inside the country and pretend nothing ever happened.

"I believe every athlete has the right to clean sport and in such an environment I don’t believe Russian athletes will have this choice.

"Yes, they will suffer in the short team with a blanket ban but in the long term we may be able to contribute to a change of culture for the future young athletes."

In a separate development, the BAC has revealed its members are "largely of the view that the punishment should not prevent athletes from competing if they can undeniably prove themselves to be clean".

"The BAC believes in clean sport and whilst we welcome the decision by WADA’s Executive Committee to impose a four-year ban on athletes competing for Russia we recognise that the effectiveness of this sanction, in preventing cheating athletes from continuing to compete, will be determined by the way in which it is implemented," said Mahdi Choudhury, BAC chief executive.

"This reflects feedback from our members, with whom we have consulted widely, and who are largely of the view that the punishment should not prevent athletes from competing if they can undeniably prove themselves to be clean.

"It is vital that this ruling is implemented in a way that enables this to be the case, prevents cheats from circumventing the rules and ensures that only athletes who are competing on a level playing field are allowed to take part in sporting events."