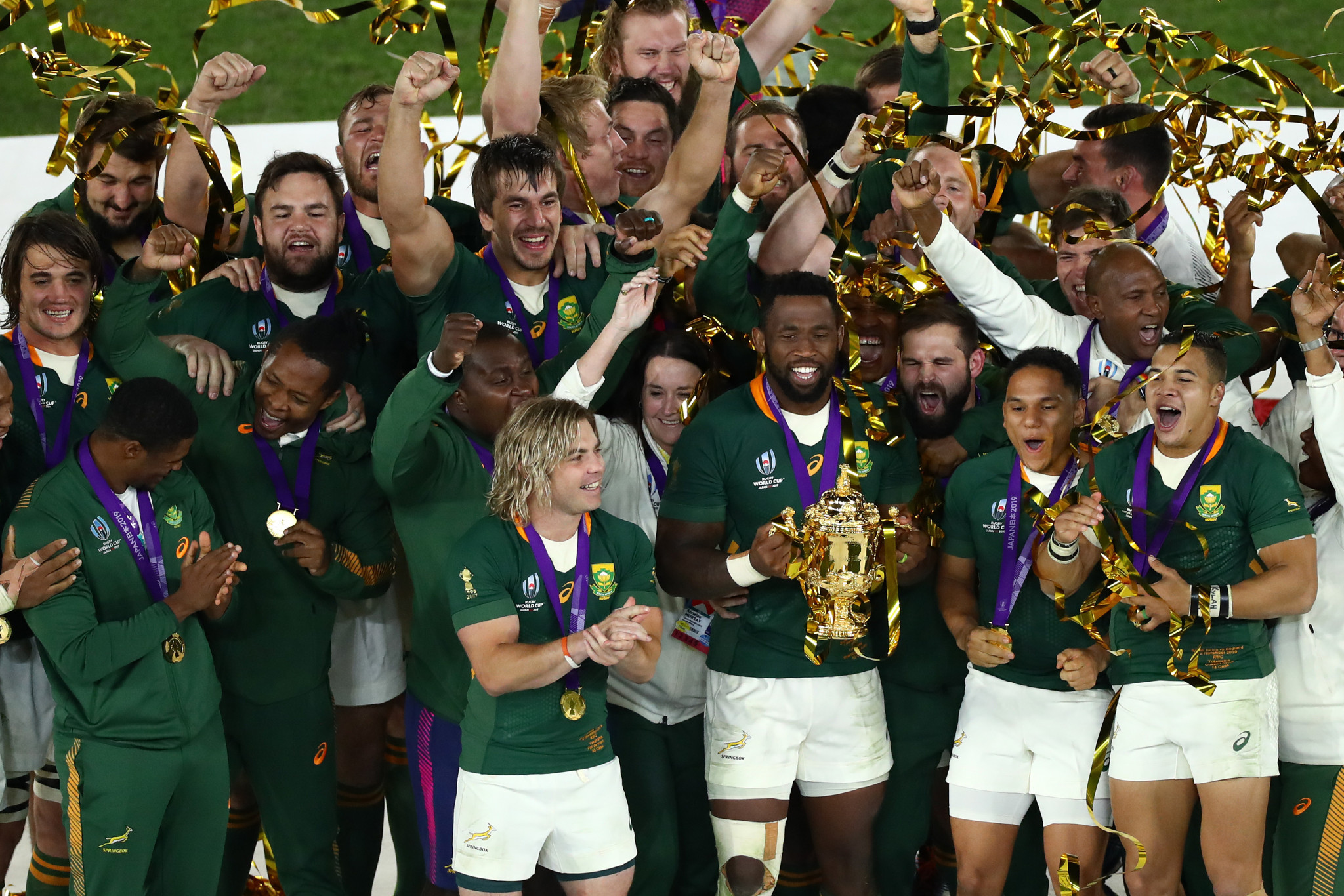 World Rugby has announced record-breaking digital content viewing figures for the 2019 Rugby World Cup in Japan, claiming it confirms the tournament as one of the most watched and engaging sports events of the decade.

Match and non-match video content across World Rugby and Rugby World Cup social platforms delivered more than 2.1 billion views, nearly six times the figure achieved at the 2015 Rugby World Cup in England, while engagement rates doubled from 2015 to six per cent as new rugby fans got closer to the action, on and off the field.

Fifty-four per cent of the views were accessed via World Rugby channels.

The Land Rover Rugby World Cup Daily show, published across World Rugby's digital platforms every morning during the tournament, was the most viewed daily online show of the year, generating almost 11 million views and achieving high praise from a diverse audience beyond seasoned rugby fans.

World Rugby's social media channels garnered 45 million engagements, with Instagram delivering nearly 40 per cent of these, at an engagement rate of 22 per cent.

There were 13 YouTube videos that delivered more than a million views each, more than quadruple the number from 2015.

More than 1.8 million new followers were attracted across World Rugby and Rugby World Cup multi-language channels, with the Japanese social channels more than doubling in followers over the six-week tournament period.

The #RWC2019 conversation generated more than 5.5 million Tweets, with engagement prominent in Asia and the United States along with established nations.

The most-watched video on World Rugby's digital channels was New Zealand's haka prior to their semi-final loss to England, attracting more than 22 million views across all channels.

The official 2019 Rugby World Cup tournament mobile app reached the number-one position for sports apps in both the App Store and Google Play Store in various countries throughout the event, with 1.2 million new downloads during the tournament and more than 150 million screen views.

"The growth in global engagement, coupled with these record-breaking outcomes overwhelmingly demonstrate the power of rugby to inspire an enormous new global audience, as well as a clear appetite of fans to engage with much more than just match content," World Rugby chief executive Brett Gosper said.

"First, we deepened the existing fan experience for our core audience and second, we turned to the 'fun' side of rugby to attract new fans to the sport.

"We wanted Rugby World Cup 2019 to be more than an outstanding rugby tournament, it was an immersive experience that brought a global audience into the heart of the sport.

"They were with the teams, with the fans, experiencing content that had personality, which played a significant role in 54 per cent of all 2.1 billion video views being accessed via World Rugby channels.

"Our fresh approach has enabled us to deliver the most digitally consumed rugby event ever."