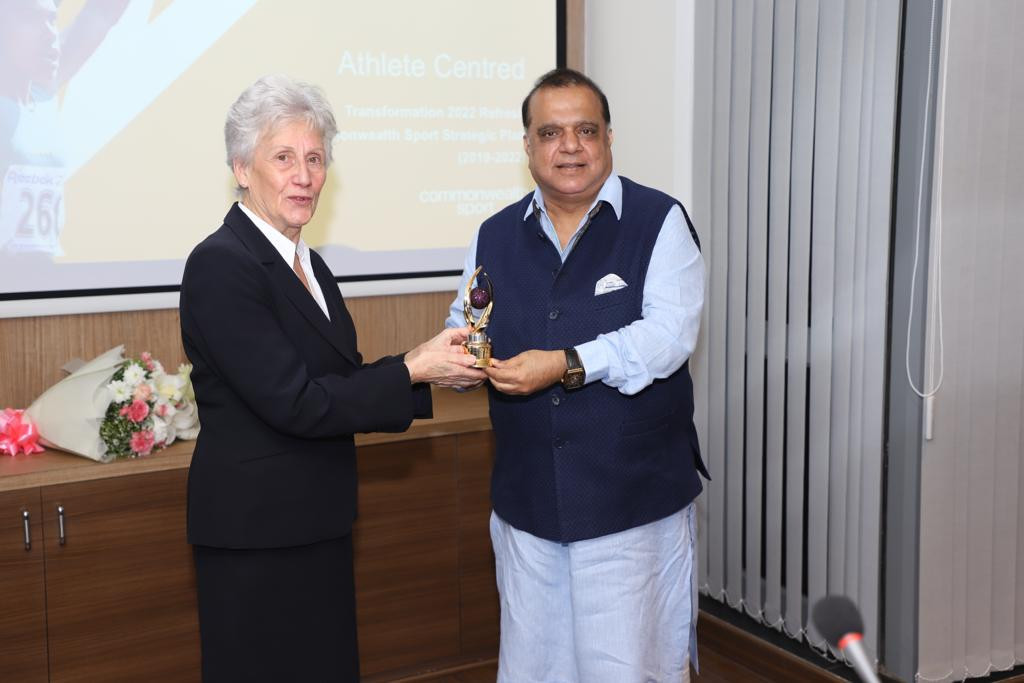 Commonwealth Games Federation (CGF) President Dame Louise Martin plans to attend the International Shooting Sport Federation (ISSF) Extraordinary General Assembly in Munich next month, to discuss how the sport can be involved in Birmingham 2022, she has revealed in an exclusive blog on insidethegames.

India has threatened to boycott the event in the English city after it was not included on the programme.

Dame Louise is trying to find a solution to the crisis and last week travelled to New Delhi to hold talks with Indian Olympic Association President Narinder Batra and the country's Sports Minister Kiren Rijiju.

"The [IOA] President made very clear his concerns around shooting not being on the programme for Birmingham 2022," Dame Louise writes.

"Given that shooting is one of the most popular sports in India and that their shooters are some of the best in the world, they wanted them to compete.

"We understood his concerns.

"These were later echoed by the Sports Minister, who told us that while he recognised shooting was an optional sport, it is the sport that they would love to have been part of the 2022 Commonwealth Games.

"We took the concerns of the Sports Minister and the CGI President extremely seriously and, at the same time, were pleased to hear that they both consider the Commonwealth Games an extremely important event for the athletes of India."

Dame Louise claimed that the CGF is "committed to working together to find a solution for shooting" and plans to travel to Munich for the ISSF Extraordinary General Assembly on December 7, where she could meet its President Vladimir Lisin.

The first thing Lisin, Russia's richest man with a fortune of $20.6 billion (£15.9 billion/€18.6 billion), did after being elected ISSF President last year was fly to Birmingham to lobby unsuccessfully for the sport's inclusion on the programme at the 2022 Commonwealth Games.

"There has been lots of speculation around what this [the solution] could be and we were asked repeatedly about a potential Commonwealth Shooting Championships," Dame Louise writes.

"At present, we are working hard behind the scenes to find innovative and creative solutions to benefit all partners.

"This means finding a solution that works for [IOA] and India as well as the UK Government, the International Shooting Sport Federation, Birmingham 2022 Organising Committee, the athletes of the Commonwealth and our 71 member nations and territories.

"Dialogue will continue behind the scenes and I hope to attend the ISSF General Assembly in December to discuss other options.

"I am sure we will end up with a positive outcome.

"There is still a long way to go to reach a solution, however - 'where there's a will, there's a way'."