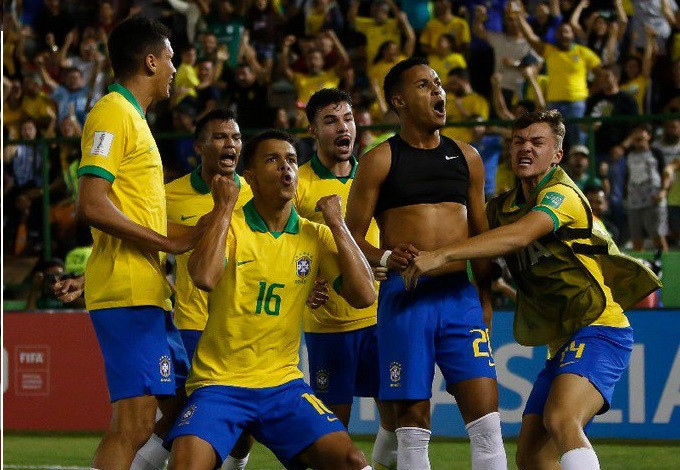 Brazil recorded a dramatic comeback to narrowly defeat France and reach the final of the FIFA Under-17 World Cup.

The hosts booked a place in their sixth FIFA Under-17 World Cup final after coming from two goals behind to top France 3-2 at Bezerrão Stadium in Brasilia.

Arnaud Kalimuendo-Muinga scored first for France in the seventh minute, before Nathanael Mbuku made it 2-0 five minutes later.

France remained in control for the majority of the match, but Kaio Jorge then began the comeback for Brazil in the 62nd minute.

Gabriel Veron equalised by scoring a rebound off French goalkeeper Melvin Zinga in the 76th minute, before Lázaro Vinícius Martins grabbed the winner with two minutes left to play.

Brazil are set to come up against Mexico in the gold-medal match, who were involved in yet another thrilling semi-final at the same venue.

The Mexican side overcame the Netherlands 4-3 on penalties after the match finished 1-1.

Both goals came late in the game, with Youri Reeger scoring for the Dutch team in the 74th minute and Efraín Álvarez equalising for Mexico in the 79th minute.

Eduardo Garcia saved three penalties for Mexico in the resulting shoot-out to help his team reach the final.

The final will take place on Sunday (November 17), preceded by the bronze-medal match between the Netherlands and France.