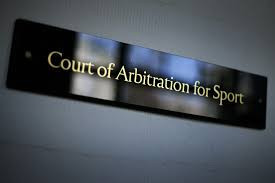 The International Biathlon Union (IBU) has officially signed up to the Court of Arbitration for Sport’s Anti-Doping Division (CAS ADD), it has been announced here.

It is part of a series of measures agreed during the IBU's Extraordinary Congress in Munich earlier this month.

There, the IBU has agreed to delegate its adjudication of any anti-doping rule violations and sanctions to the CAS ADD.

"Over the last 12 months we have spoken a lot about change," IBU President Olle Dahlin, currently attending the International Federations (IF) Forum here, said.

"We have spoken about the urgent need for change to ensure our athletes and all our stakeholders are protected.

"We have spoken about how we must change to protect our integrity and build trust.

"With the approval of our new Constitution, aligned with international best practice, we have entered a new era for biathlon.

"Transparency and integrity must be at the heart of everything we do.”

John Coates, President of the International Council of Arbitration for Sport (ICAS), claimed the IBU's decision to sign up to CAS ADD was an important landmark in helping regain trust in the sport.

"The ICAS commends the IBU for taking this important and vital step to ensure a proper separation of powers between testing and prosecutorial bodies," he said.

"This is critical to a fair hearing.

"The CAS ADD is ready to offer an efficient and independent service to the IBU in order to solve doping-related disputes in a timely manner."

Under the agreement, the CAS ADD will be responsible for first-instance adjudication of alleged anti-doping rule violations, including any sanctions, arising under the IBU’s anti-doping rules.

Additionally, allegations by the new IBU Integrity Unit of non-doping violations will be adjudicated by the CAS Ordinary Division.

The CAS ADD, a separate Division of the CAS, began operating in January 2019 and was established to hear and decide anti-doping cases as a first-instance authority upon written delegation of powers from the IOC,