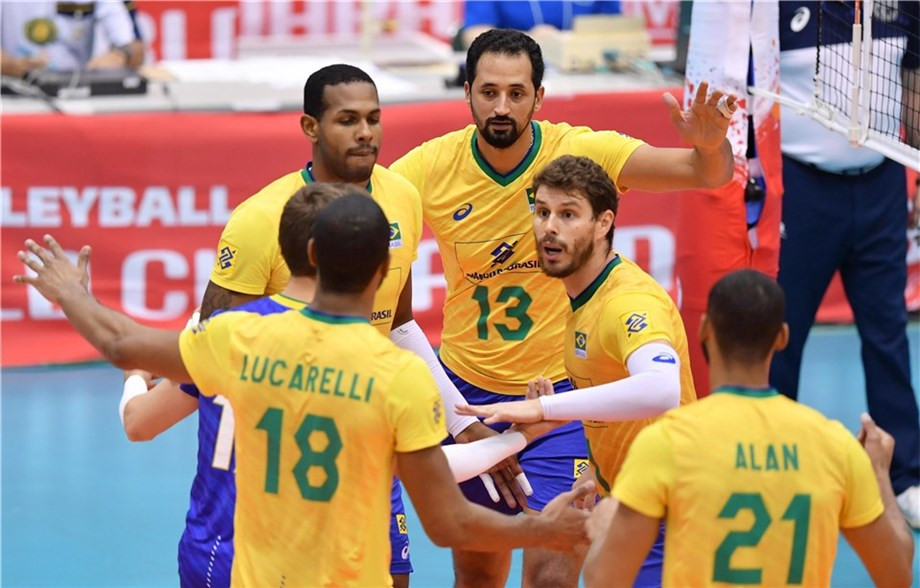 Brazil kept their 100 per cent record intact at the International Volleyball Federation Men's World Cup after coming from behind to beat Iran in Japan.

They are the only side to remain unbeaten as they bid for a third World Cup, and a first since 2007.

Yoandy Leal Hidalgo and Alan Souza both scored 16 points for the Rio 2016 winners as Porya Yali's huge haul of 25 for Iran was in vain.

"Five victories is very important for us, but we are still in the middle of a long tournament so we can't say anything yet about what will happen at the end or whether we will become champions," said Brazil's head coach Renan Dal Zotto.

"All I can say now is that we must keep our focus and intensity.

"If we allow ourselves to relax too much it will be a disaster for us."

All 12 teams at the World Cup are playing each other in a round-robin group, with the table toppers declared the winners.

World Cup holders United States and reigning World Championship winners Poland remain as Brazil's closest challengers with both on a record of four wins and one defeat.

The Canadians are one of five teams on a won two, lost three record, alongside Egypt, Argentina, Iran and Italy.

Australia have one victory with Tunisia yet to get off the mark.

There will now be two rest days as the World Cup moves to Hiroshima, where the remaining matches will be played.

Two courts at the Hiroshima Prefectural Sports Center will be used.