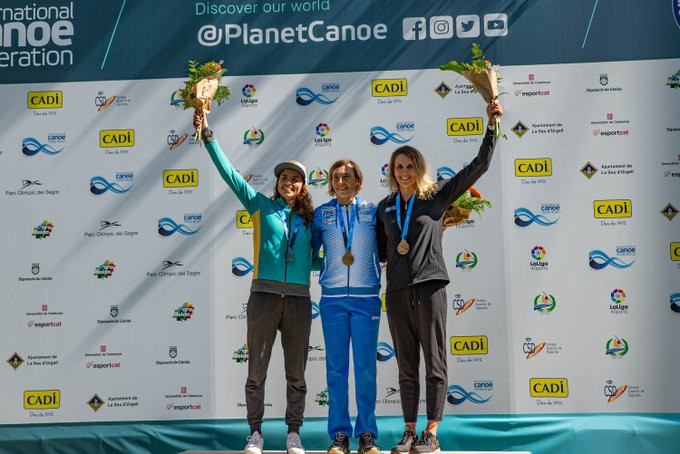 Three-time K1 world champion Jessica Fox had to make do with second place after Eva Terčelj of Slovenia stunned the Australian at the Canoe Slalom World Championships in Spain.

She was toppled by Terčelj, who completed the course in La Seu d'Urgell in 94.27sec.

Fox was consigned to a silver with a time of 94.69, with Luuka Jones of New Zealand claiming her first world medal with bronze in 94.77.

France's Cedric Joly was the victor in the men's C1 competition, managing to finish in 90.84.

In second was Ander Elosegi of Spain with 91.35 and Luka Božič of Slovenia came third in 91.92.

Competition is due to conclude tomorrow with the women's C1 and men's K1.

Fox, a four-time world champion in the C1 discipline, will be back to compete in that race.