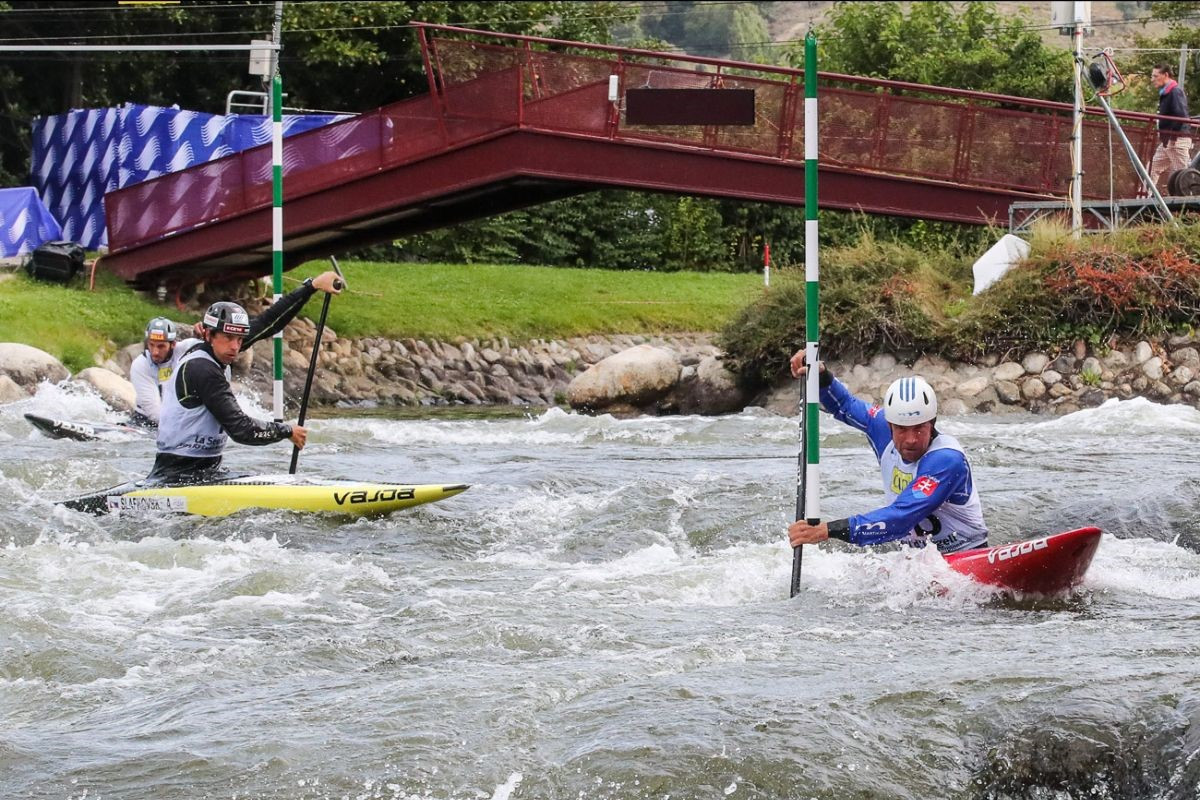 The Slovakian trio completed a clear round in 94.38sec to beat Spain, forced to settle for silver after finishing 3.05 seconds adrift.

Russia earned the bronze medal, over a second further behind the victorious Slovakian crew.

"We are closer to 10 than ever before, I’m proud to be in a team like this," said Martikán.

They were almost a full second ahead of the Czech Republic, as Poland finished third.

Fox, her sister Noemie and Rosalyn Lawrence controlled the final and took gold 3.75 seconds quicker than Spain in a time of 117.97.

The Czech Republic came through to earn the bronze medal.

In the closest race of the day, they edged out the Czech Republic by 0.20 seconds, while Russia did enough for bronze.