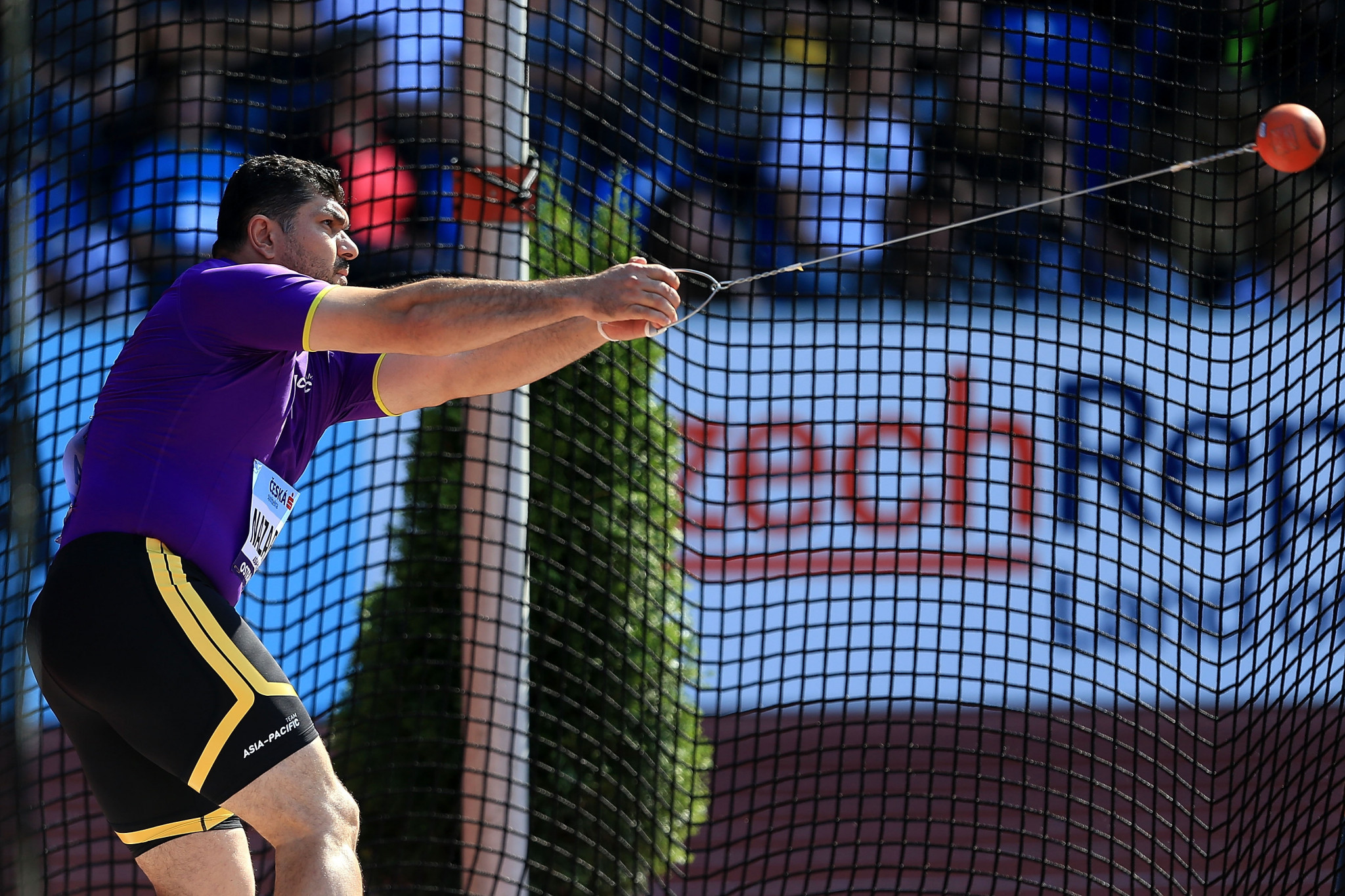 The AIU say the presence of a metabolite of oral turinabol was detected in a sample.

Nazarov's case is now the subject of a first instance National Tribunal decision.

The Tajikistan athlete finished 10th in the 2011 World Championship final.

He improved to fifth two years later in Moscow, before claiming a silver medal at the 2015 event in Beijing.

Nazarov's biggest achievement came the following year when he triumphed at the Olympic Games in Rio de Janeiro.

He was followed by Belarus' Ivan Tsikhan and Poland's Wojciech Nowicki, who managed distances of 77.79m and 77.73m, respectively.

The 37-year-old is now set to miss the World Championships in Qatar's capital city, which begin on Friday (September 27).

The AIU has also announced Bahrain's Albert Rop has been charged with whereabouts failures.

Rop, a Kenyan-born runner, finished second at the Asian Championships earlier this year.