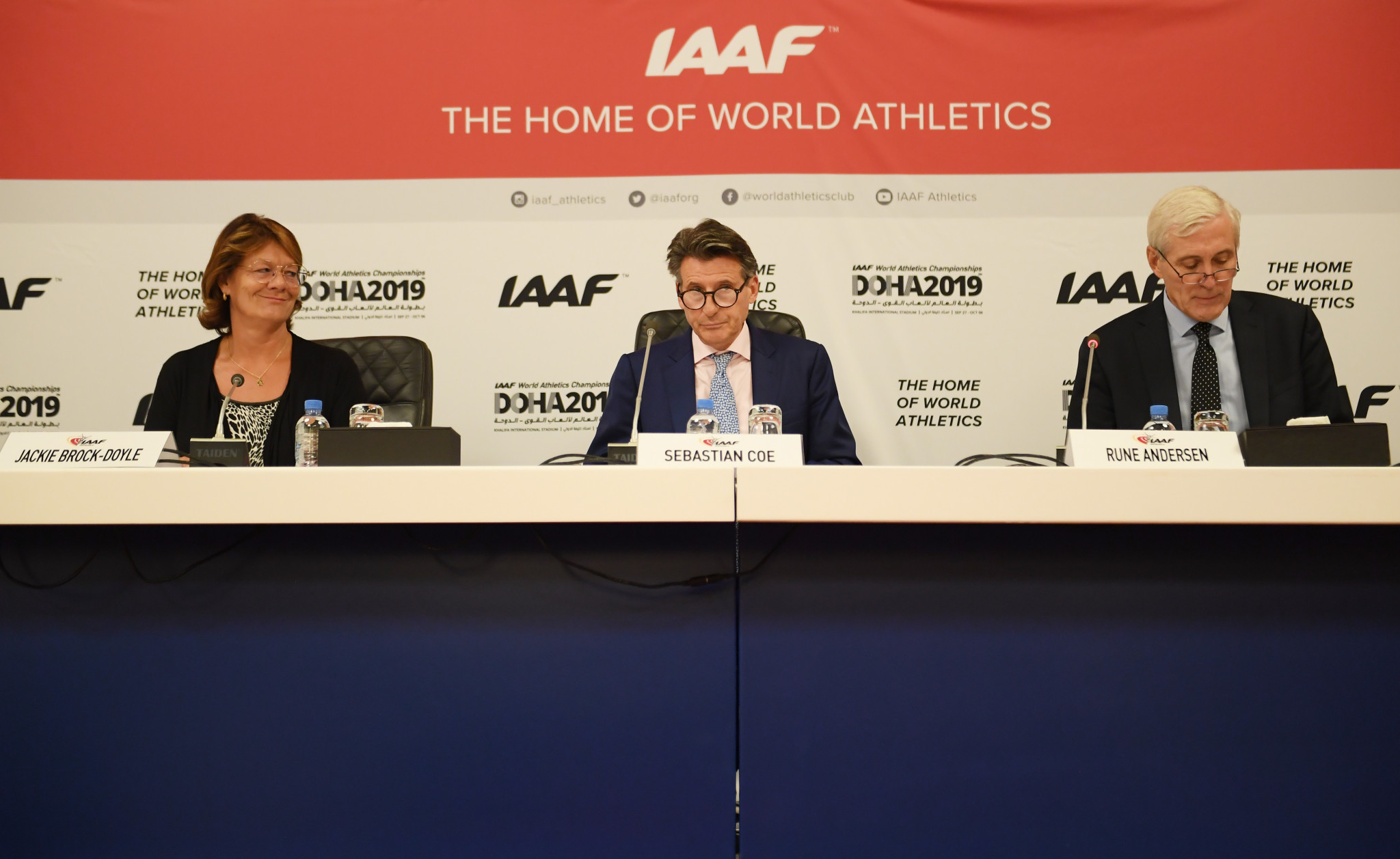 Russian athletes will be forced to compete as neutrals for the second consecutive World Championships after the International Association of Athletics Federations (IAAF) extended the country's suspension for a 12th time.

The decision to maintain the ban on the Russian Athletics Federation (RusAF), taken by the IAAF Council at its meeting in Doha today, was widely expected.

But IAAF President Sebastian Coe said the recommendation from the organisation's Taskforce was "probably the strongest we have had that Russia remain suspended".

It follows allegations the data retrieved by the World Anti-Doping Agency (WADA) from the Moscow Laboratory - which the Athletics Integrity Unit (AIU) is analysing - may have been manipulated by Russia.

IAAF Taskforce chairman Rune Andersen also highlighted a "recurring problem" of banned athletes and coaches remaining active in the sport, and an investigation into claims that forged paperwork had been submitted to help Russian world indoor champion Danil Lysenko avoid a doping ban last year, as reasons behind his group's recommendation.

WADA said following an Executive Committee meeting in Tokyo today that it had opened a formal compliance procedure against the Russian Anti-Doping Agency (RUSADA) after it found " "inconsistencies" in the data it obtained from the laboratory.

RUSADA and the Russian Ministry of Sport has been given three weeks to respond to the allegations.

They will be expected to address the reasons behind differences between the Laboratory Information Management System (LIMS) database provided by a whistleblower in October 2017 and the version WADA extracted from the facility in January.

The country could face sanctions, including a potential ban from next year's Olympic Games in Tokyo, if deliberate manipulation is proven.

"Because of the early indications from the analysis of the data, that there are discrepancies between the LIMS database, which appear to be not random, and the AIU has not yet confirmed the data is authentic and has not been tampered with, this condition has not been met," Andersen said.

The AIU confirmed it had received a data package - consisting of 110,000 files, includes all underlying raw data generated from analysis of the samples - from WADA in June.

The samples analysed cover the period from 2012 to August 2015, the AIU said.

"WADA has made its position clear today and the investigation is being fast-tracked," Coe added.

"We await the outcome with interest.

"The AIU also have a very big role to play in terms of the analysis of the data."

The decision from the IAAF Council means all 30 Russian athletes entered for the World Championships, which begin in Doha on Friday (September 27), will participate as Authorised Neutral Athletes (ANA).

All have been approved by the IAAF after a vetting process, which included proof of regular drugs testing outside the Russian system.

Russian athletes also had to compete as part of an ANA team at the 2017 World Championships in London.

The ANA squad finished eighth on the medals table two years ago, where high jumper Mariya Lasitskene - who called for change at RusAF when the suspension was extended in June - won the team's only gold.