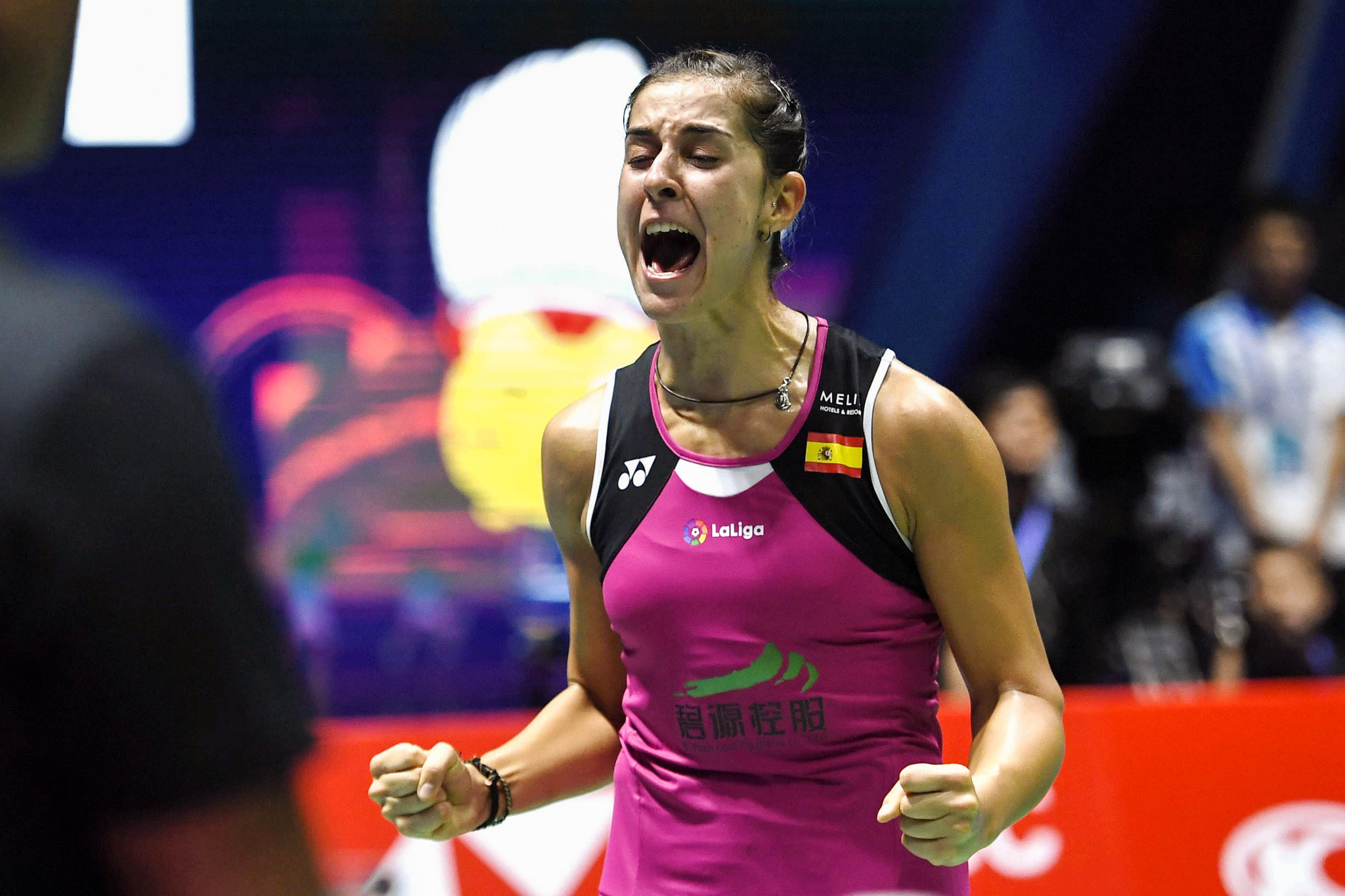 The Spaniard sensationally defended her China Open title yesterday in only her second tournament back after eight months out with a knee injury.

Marin, a triple world champion, lost in the first round at her comeback event in Vietnam but returned to form sensationally as she triumphed in Changzhou.

Despite her success, Marin's absence from the sport means she will not be seeded at the Korea Open which begins tomorrow at Incheon Airport Skydome.

That has resulted in the tricky opening test with China's number one and second seed Chen, who has twice won bronze at the World Championships.

Japan's top seed Akane Yamaguchi will meet Indonesia's Fitriani in round one and is bidding to recover from being dumped out at the first stage by Russia's Evgeniya Kosetskaya in China.

Japan's defending Korean Open champion and fourth seed Nozomi Okuhara, the 2017 world champion, will meet a qualifier while third seed Tai Tzu-ying of Chinese Taipei, beaten by Marin in the final in China, will lock horns with Thailand's Busanan Ongbamrungphan.

The event is rated as a Super 500 competition on the BWF World Tour.

Back-to-back world champion Kento Momota will again be the man to beat in the men's competition after Japan's top seed triumphed in China.

He will face a qualifier in round one as he aims for a maiden Korean title.

Shi Yuqi was due to start as third seed but the Chinese player has withdrawn amid his own injury comeback.

He made his competitive return in Changzhou after an ankle injury had kept him out since July, but was booed as he was defeated in the first round in just 15 minutes by compatriot Lu Guangzu.

Denmark's 2017 world champion Viktor Axelsen will compete as seventh seed after also returning in China following his announcement of an "indefinite break" from the sport in July.

He lost in the first round in Changzhou and will meet a qualifier first up in Incheon.

Indonesia's Anthony Sinisuka Ginting, the eighth seed who was beaten in the China Open final by Momota, will play Thailand's Kantaphon Wangcharoen as he looks to reclaim the title he won in 2017.

The tournament runs until Sunday (September 29).