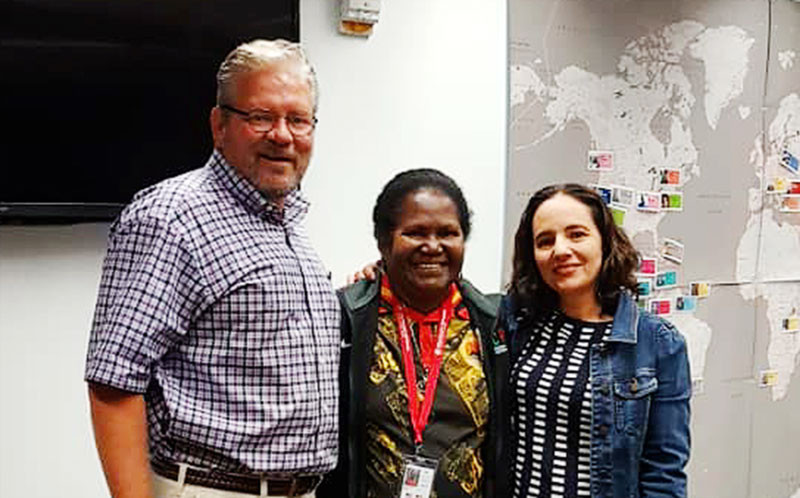 Basketball coach Martha Aaron has thanked the Papua New Guinea Olympic Committee (PNGOC) for their support after travelling to the United States to improve her skills.

Aaron, the assistant coach of the country's women's team, has made the American journey as part of the International Coach Enrichment Certificate Programme (ICECP).

She left on September 14 and will spend three weeks at the United States Olympic and Paralympic Committee (USOPC) base in Colorado Springs, before a week-long coaching apprenticeship in Philadelphia.

As well as the PNGOC, the USOPC and the International Olympic Committee also support the ICECP initiative.

It is paid for using Olympic Solidarity cash which funds sporting projects around the world.

Thirty-six coaches from 26 countries are taking part this year, with the programme now in its 11th edition.

"I'm grateful for the recognition by PNGOC for my elevation as a national coach to participate in this international coaching education programme," said Aaron.

"It's a privilege to have my sport, basketball, given the guidance and counselling to be a recipient of the scholarship by USOPC.

"I will make every effort to learn as much as I can from participating coaches around the world and from the course facilitators."

Aaron was identified to attend through a coaching workshop held before this year's Pacific Games in Samoa.

Participants are required to work on a project in their home countries when they return.