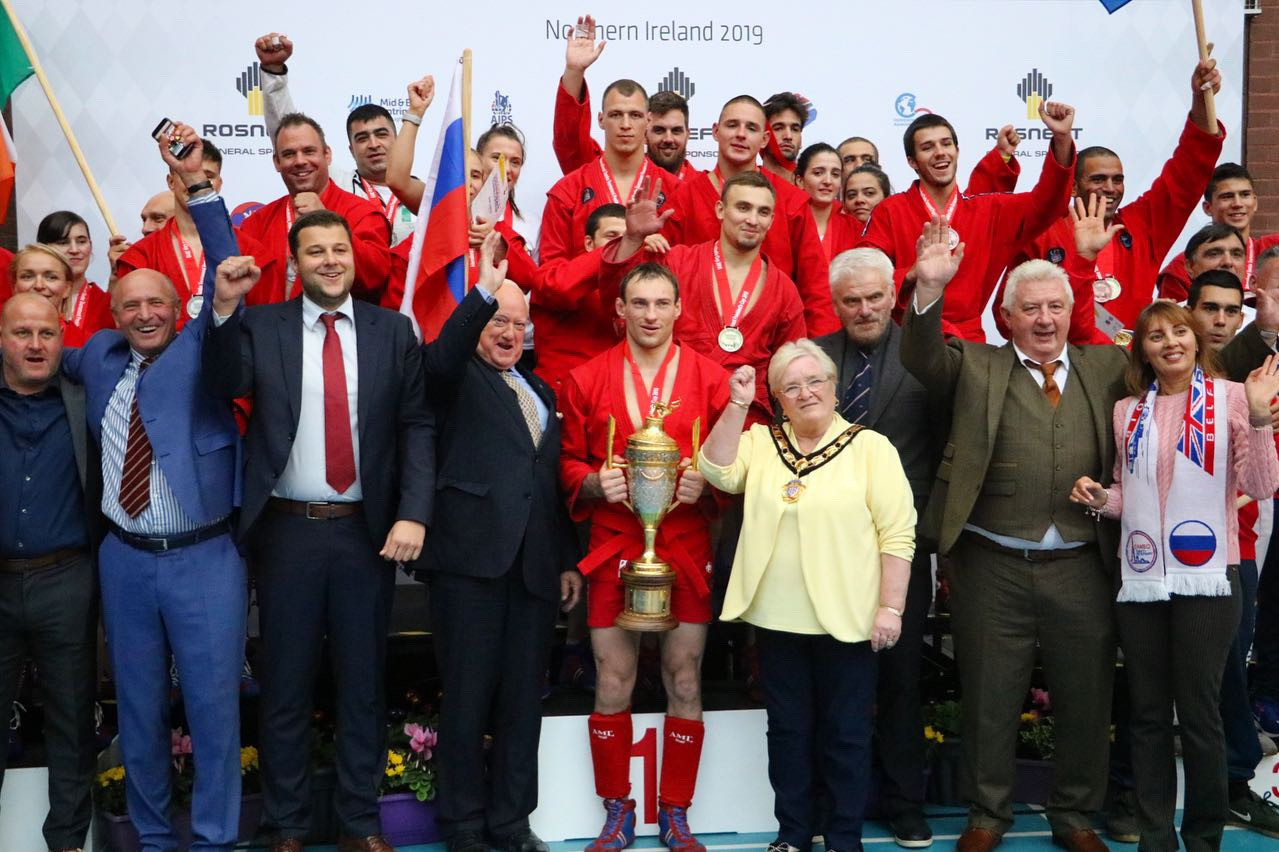 Russia survived a scare from debutants Republic of Ireland to win the President's Sambo Cup for the sixth year in a row.

As the founding nation of the martial art, Russia traditionally dominate the sport and have won the President's Cup, held annually in Britain, in each of the past five years.

They claimed the trophy again today at the Seven Towers Leisure Centre in Ballymena, Northern Ireland, but not before a Republic of Ireland team competing in the event for the first time took a surprise lead in the final, before succumbing 5-2 in the best-of-seven fights final.

It looked as though Russia would breeze to victory after winning the opening women's under-64 kilogram contest with ease, Evgenia Volkova defeating Sarah O'Gara inside 30 seconds.

However, the Irish got on the board by default, with Grainne O’Sullivan awarded the women's over-64kg with Margarita Lugova absent injured.

The first men's clash, between Mikail Mikailov and Lloyd Manning at under-74kg, was a tightly contested affair, which Manning led by a single point with a minute remaining.

A leg sweep moved Manning 3-0 ahead, before he executed a superb four-point throw on the Russian to spark wild celebrations among the Irish and move them ahead in the fight.

The Russian bear had been poked, however, and their sambists responded with three crushing wins in a row to keep the crown.

Evgenii Anishchenko restored order with a comfortable 8-0 victory in the under-82kg against Yegor Varonik, before Sergei Kiriukhin romped to an even more one-sided triumph over Ryan O’Sullivan in the under-90kg.

After a defensive opening, with O’Sullivan penalised points for not being attacking enough, Kiriukhin got under his foe and held him over his shoulders in a fireman's lift.

He then dumped him to the floor – and did it again just a minute later to complete a crushing 11-0 win.

Igor Nedobezhkin then beat Dmitru Grecu 9-0 in the under-100kg to seal the title, before Dmitrii Eliseev was awarded a walkover in the over-100kg as Irish opponent Morteza Najafi had a serious knee injury.

Russia had started the day with a bye after only seven teams competed, with the United States a late withdrawal, before easing past Spain 6-1.

Spain did earn a bronze, however, defeating a multi-national team competing under the British Sombo Federation flag, as did The Netherlands, who beat Britain in their third-place clash.

Also today, there were a number of individual competitions in combat sambo, with the gold medals shared around a wider array of nations.