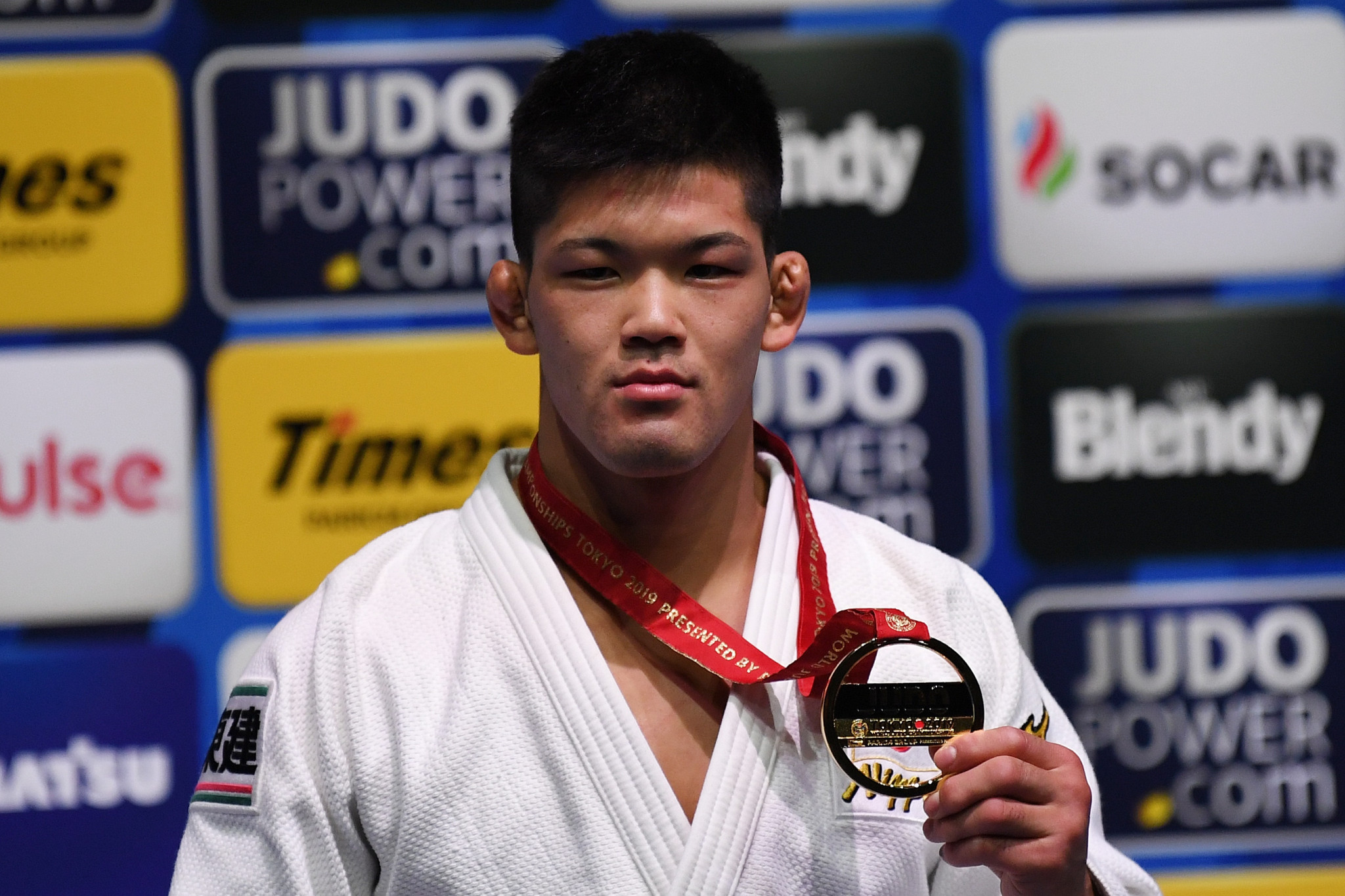 Shohei Ono returned to the International Judo Federation (IJF) World Championships stage for the first time in four years, with a gold medal in the men's under-73 kilogram category in Tokyo.

Ono, world champion in 2013 and 2015 as well as 2016 Olympic Games champion, only returned to full-time training last year after taking time out to study at university following his Rio triumph.

After completing his dissertation – A Technical Analysis of O-Soto-Gari – he has now won every tournament on his return and is on a 28-fight winning streak, after defeating world number one Rustam Orujov in the final.

Ono had swept his way through the competition and defeated Orujov – who he also beat in the Olympic final – via ippon in little over a minute.

While Ono has had a rocky history – he was stripped of university judo captaincy and banned for 30 days in 2013 after being found to have bullied younger students – he was treated like a hero by the crowd at the Nippon Budokan and is favourite to triumph here again at next year's Olympics.

"It's not easy at all, but this is the host country and everyone expected me to win," he said after the victory.

"It's not easy to come back here with reputations and expectations, but I feel the pressure gives me strength.

"I am pleased to win the World Championship three times, but I am not satisfied yet."

Asked about his return to top level competition after years away, he said: "I don't feel it was like a special competition, I treat all events the same, I prepared in the same way I prepare for every tournament."

When questioned on his technique, he replied: "My O-Soto-Gari is my lethal weapon, I cannot give away my secrets."

In the women's under-57kg, Christa Deguchi enjoyed a remarkable homecoming by beating top seed and reigning champion Tsukasa Yoshida in the final.

Second seed Deguchi represented Japan until 2017, when she switched from the country of her birth to Canada – her father's home nation – to have a better chance of fighting at the Olympics.

Despite this, Deguchi was warmly received by the Tokyo crowd, even after defeating home favourite Yoshida in an engrossing encounter.

Yoshida dominated the majority of the fight, pulling Deguchi all over the tatami, however the Canadian pulled a koshi-waza out of the bag to earn her first major IJF Championship gold.

"Two months ago we had a Grand Prix in Montreal and they were cheering me, but to be in Japan, and fighting a Japanese girl, for Japanese people cheering for me a lot, I didn't expect it would be this big, the noise and sound and cheering.

"For four minutes we were fighting at her pace, I was getting tired, I didn't know what I was doing.

"I won because I couldn't just give her the gold medal.

"The last throw wasn't technical, I just moved, I didn't expect I would do that."

Deguchi's father was at the stadium working as an official photographer – in the post-event press conference she paid tribute to him as "my guardian angel".

Tomorrow sees the men's under-81kg and women's under-63kg competitions, with insidethegames providing live coverage of all the action.

TOP STORY: More than $55 million transferred to and from Diack accounts linked to Russian doping and Olympic vote corruption claims