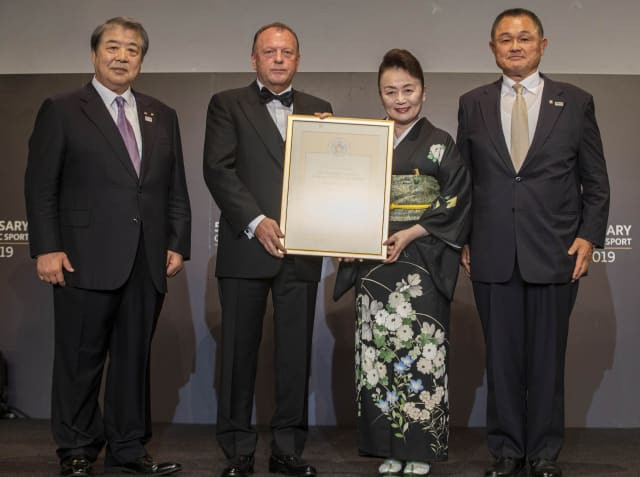 Japan's Princess Tomohito of Mikasa has been appointed as an ambassador of the International Judo Federation (IJF).

Princess Tomohito received a special certificate from IJF President Marius Vizer to mark her appointment during the world governing body's Gala Dinner held on the eve of the World Championships, due to start in the Japanese capital tomorrow.

The 64-year-old Princess is the widow of Prince Tomohito of Mikasa, who died in 2012 and was formerly sixth in the line of succession to the Japanese throne.

Princess Tomohito is expected to attend the IJF World Championships, scheduled to last until September 1, at the Nippon Budokan and present medals.