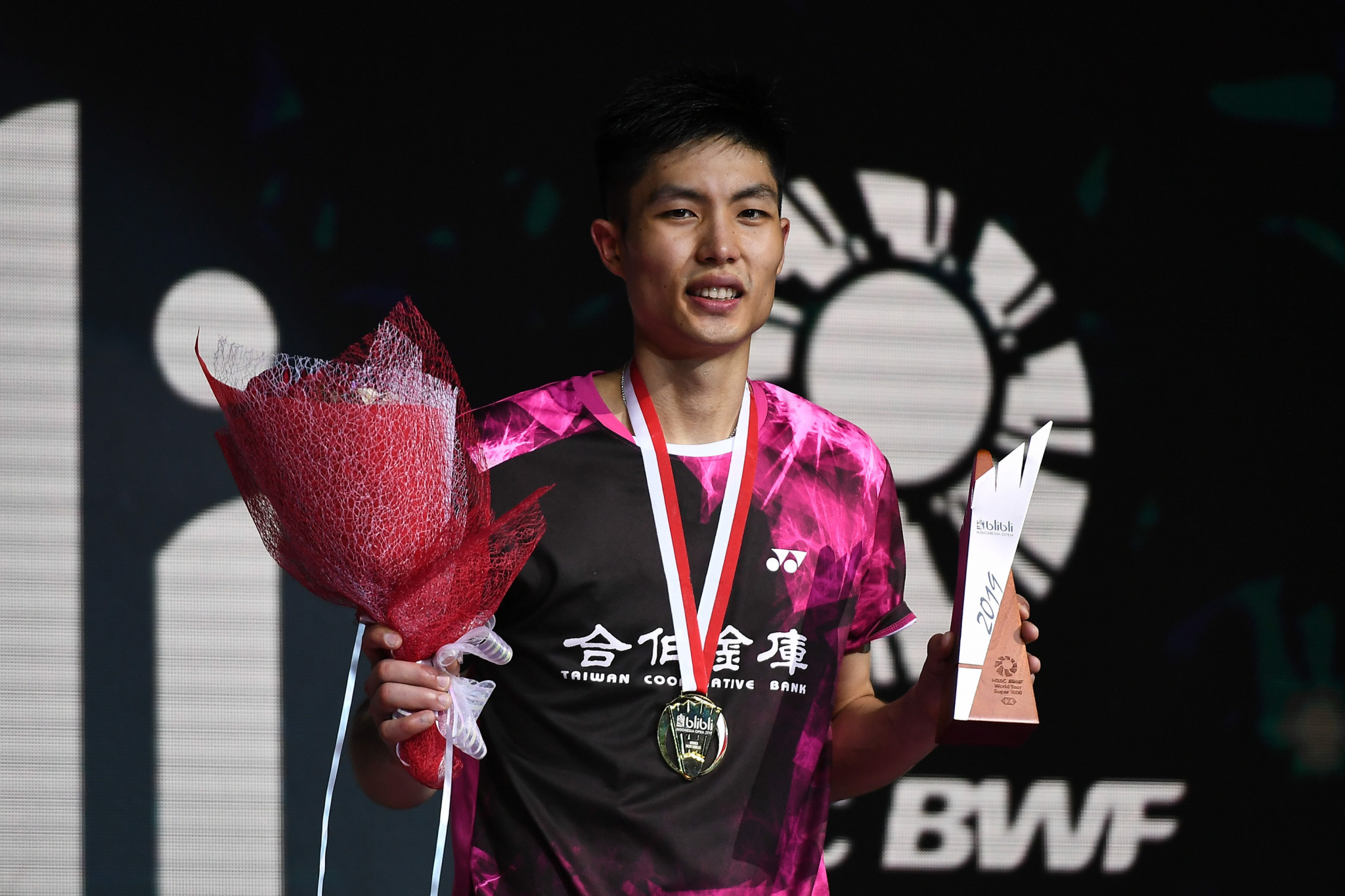 Chou missed out on a match point in the second game and was forced to go the distance for the fourth match in a row at the Istora Gelora Bung Karno.

He took advantage of a draw which opened up after the second round when five seeded players were knocked out.

Unseeded Antonsen won the Indonesia Masters at the same venue in January, when he stunned Japan's world number one and world champion Kento Momota in the final, but he was unable to make it a double.

He had enjoyed a relatively smooth passage to the final with China's second seed Shi Yuqi withdrawing from their second round clash through injury after just 13 points had been contested.

No men's player from Chinese Taipei had won the event before Chou's success today.

"I was motivated to do well here after my Sudirman Cup loss," said Yamaguchi.

"I'm thankful to the fans here for cheering for me.

"I felt they were cheering louder for me than fans back home.

"This win is also important in the run-up to the Olympics.

"All of us are working very hard and winning a tournament like this is important for confidence."

Sindhu had knocked out former world champion Nozomi Okuhara of Japan in the quarter-finals and then second seed Chen Yufei of China in the last four but found Yamaguchi a step too far.

An all-Japanese final in the women's doubles was won by second seeds Yuki Fukushima and Sayaka Hirota over second seeds Misaki Matsutomo and Ayaka Takahashi, 21-16, 21-18.

The event is one of the most prestigious in the sport with Super 1000 the top tier of the World Tour.