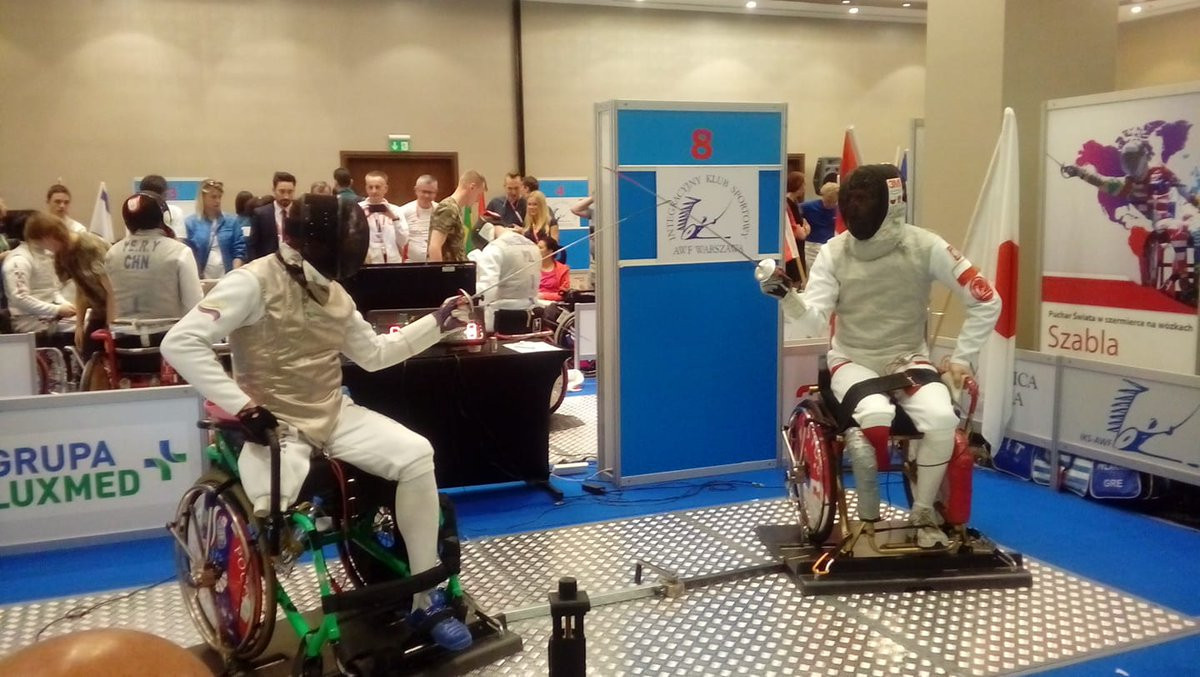 Zou followed up her women’s épée category A triumph yesterday by beating compatriot and Paralympic champion Rong Jing in the women's foil category A final at the Polish capital's Airport Hotel Okecie.

There was more Russian success in the men's foil category A as Roman Fedyaev overcame Paralympic champion Ye Ruyi of China in the final.

A good day's work for @DCoutya with 🥇 in the men's foil B against some tough opposition 💪💪@Paralympics | @ParalympicsGB #Warsaw2019 pic.twitter.com/9ZgeokhA6d

In the men's foil category B, world champion Dimitri Coutya of Britain came out on top ahead of China’s Hu Daoliang.

Today's one other winner was Paralympic champion Beatrice Vio of Italy in the women's foil category B.

China’s Zhou Jingjing had to settle for second place, as she did at Rio 2016, with compatriot Xiao Rong and Russia's Irina Mishurova sharing third spot.