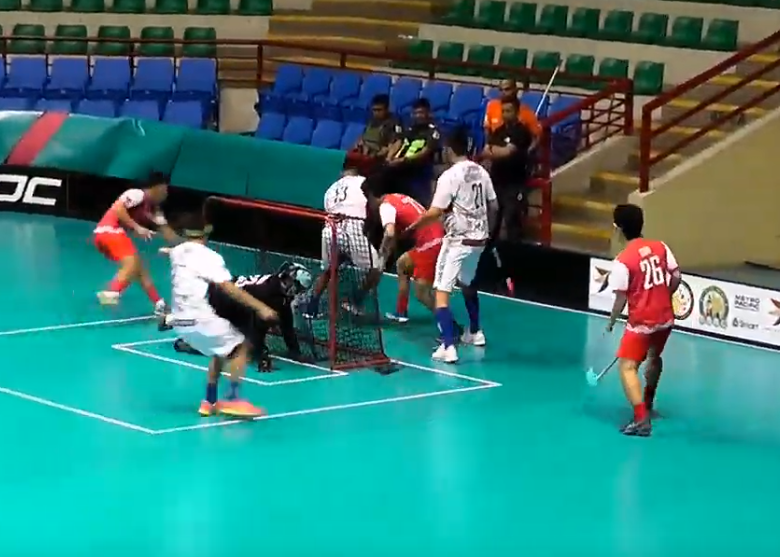 Singapore and South Korea both registered their second victories on day two of the Men's Asia Oceania Floorball Confederation Cup in Biñan.

The Singaporeans, ranked at 16th in the world, eased past hosts The Philippines 17-2 in Group B at the Alonte Sports Arena.

It means they top the group after their 10-1 thrashing of world number 17 side Japan yesterday.

The Philippines, ranked at 35th in the world, had begun their home tournament by beating 37th-ranked India 5-4.

In today's other Group A game Japan recovered from their opening loss by beating the Indians 9-6.

South Korea thrashed a Pakistan side with no world ranking 18-2 to claim their second win in Group A.

The world number 21s begun their campaign by beating Thailand, the best ranked side at the event at number 14 in the world, 7-6.

They scored nine goals without reply in the opening period against Pakistan and look in strong form.

Both group winners will advance to the semi-finals, with the countries in second and third facing quarter-final ties for the right to join them.

The event is seen as an important warm-up for countries competing at the Southeast Asian Games later this year.