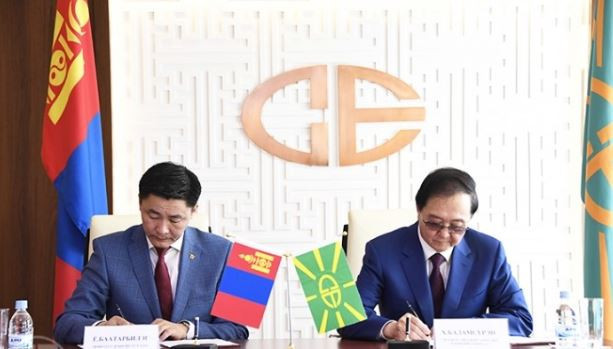 Mongolian athletes bidding to compete at next year's Olympic and Paralympic Games in Tokyo have been given a boost after the country's Ministry of Education, Culture, Science and Sports signed a Memorandum of Understanding (MoU) to improve training environments.

The MoU has been signed by Minister of Sport Yo Baatarbileg and Badamsuren Khookhor, director general of the state-owned enterprise Erdenet.

The agreement commits to supporting athletes and the national team for Tokyo 2020 by improving the training environments and taking part in Olympic and Paralympic qualification events as well as joint overseas training camps.

The Mongolia National Olympic Committee is aiming to send at least 40 athletes to qualify for Tokyo 2020 but so far just two shooters and two Para-taekwondo athletes qualified for next summer's Games.

At the Paralympics there were bronze medals for judoka Uugankhuu Bolormaa in the men's 60 kilograms contest and powerlifter Sodnompiljee Enkhbayar in the men's under-88 kilogram category.